A 36 year-old widow in Kenya last Thursday hacked her lover with a machete and left him dead in a pool of blood. 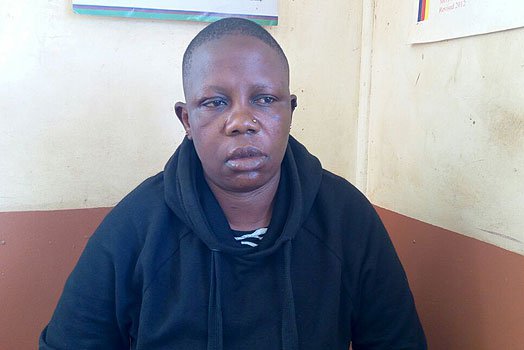 During the heated quarrel, Martha attacked the man with a sharp machete, inflicting several deep cuts on the head before escaping.
“She was breathing heavily when she confronted her boyfriend at the pub. No one attempted to approach her since she was holding a sharp machete,” an eyewitness Mr Joseph Wambulwa said.“Afterwards an argument erupted prompting her to slash him on the head before taking off.”Furious residents quickly rushed to her home and set it ablaze following the incident.

The Eldoret fire brigade together with police arrived at the scene and subdued the fire. A manhunt was immediately launched that led to the arrest of the woman deep in the night.

The body of the deceased was taken to Moi Teaching and Referral Hospital (MTRH) mortuary.