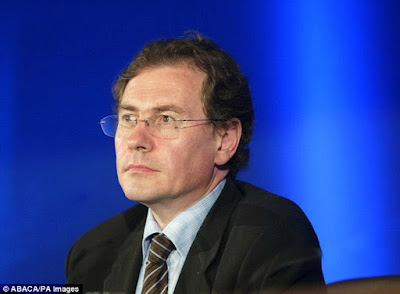 Rochefort committed the sex act in the Castorama store in Velizy, a town to the southwest of Paris.

He later claimed he only made the claim to avoid a night in a police cell, and had felt threatened after being tackled by a man who reportedly punched and kicked him after spotting him in the awkward position.

After his guilty plea, the politician wrote on Twitter that there would be 'no further action'.

Court officials have not revealed the punishment given to Rochefort, but it is likely to be a fine.

Rochefort, who represents the south west region in the European Parliament, was replaced as the vice president of the liberal MoDem party due to the scandal.