"I Have An Award-winning Vagina" - Iggy Azalea


After being crowned Woman of the Year at GQ Australia Men of the Year Awards Wednesday, the rapper celebrated her body instead of her award. 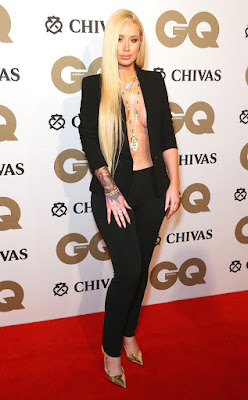 "I've got the best vagina in the world," she told The Daily Telegraph after accepting her trophy.  "I have won a lot of awards over the last few years but this one means the absolute most to me because I can finally say I have an award-winning vagina."


In addition to speaking so candidly about her lady parts, Iggy left little to the imagination when it came to her ensemble.

Although she was covered up down there, the "Black Widow" performer nearly bared all in her blazer.

Iggy went completely topless and braless underneath her unfastened jacket, putting her cleavage and stomach on full display.