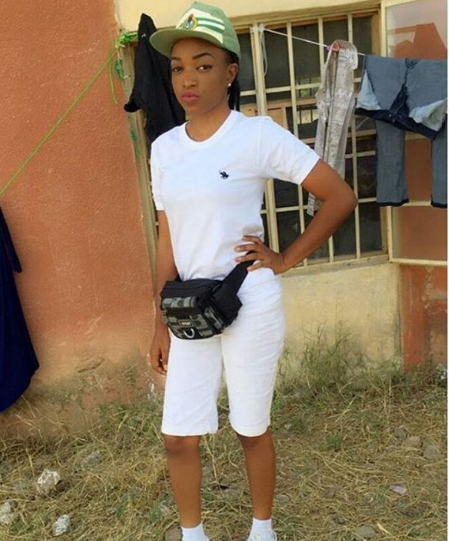 According to Punch, the report was presented by Minister of Youth and Sports, Solomon Dalung and Director General of the NYSC, Brig-General Suleiman Kazaure on Tuesday in Abuja.

Kazaure attributed Ifedolapo Oladepo’s death to her “refusal to disclose an ailment she had been battling with before resuming to camp.”


He said,
“It is clear that the deceased had an ailment which she did not disclose. From the doctors’ report, the corps member died of renal sepsis occasioned by infection. Even, to the untrained, kidney infections do not develop and degenerate to the level of mortality in three days (i.e 7th to 29th November, 2016). The deceased first appeared at the camp clinic with complaints of headache and fever, which she said she had been experiencing for two days. On examination, the doctors on duty noticed rashes on her legs, which she claimed started appearing as a result of her use of a second-hand knickers she bought without first washing it. Doctors noticed increase in the rashes on her legs, the deceased still dismissed it as a reaction to usage of a second-hand knicker. By this time, she had been vomiting. Therefore, she was admitted at the camp clinic and treated with Drazamol injection and Piriton to soothe her body pains as she was already on malaria drugs.”
The DG said Oladepo been stabilised for the long journey to Aminu Kano Teaching Hospital for immediate dialysis, but she passed on before reaching the hospital.

He said,
“The investigation showed that the deceased responded well until about 2:00am on 29th November when her condition worsened, and her body began to show noticeable signs of fluid retention. She was thereafter placed on oxygen as the doctors battled to stabilise her for the long journey to Aminu Kano Teaching Hospital.”She finally died at about 4:00 am on November 29, 2016.