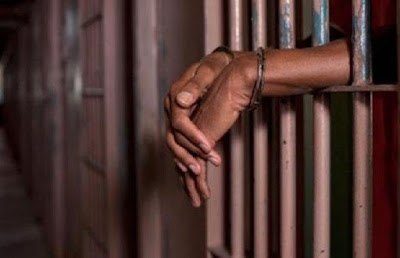 Police sources said Dahiru allegedly committed the offence when he met the victim on his farm fetching firewood.

Northern City News learnt the accused was apprehended by a passer-by who dragged him to the
Bakori Divisional Police station.

The Police First Information Report on the incident said,
“Dahiru whipped the victim and forced him to lie down, asked him to remove his trousers. He then inserted his penis inside the victim’s anus and had carnal knowledge of him. The suspect confessed to have committed the offence, contrary to Section 284, penal code law.”Police prosecutor, Insp. Kabir Mohammed, said investigation into the incident was still in progress, adding that Dahiru had initially appeared before a senior magistrate’s court for ‘cognizance’ before he was remanded in the prison custody on the orders of Magistrate Faleele Dikko.

Dahiru’s case has been adjourned till February 27, 2017 for mention at a Katsina Senior Magistrate’s court.