The Nigerian Air Force has graduated not fewer than 30 instructor pilots for its Super Mushshak training airplanes.

The force revealed this in a statement on Friday, March 3 and also released several pictures of the young pilots that are now qualified to use the globally applauded aircraft to train Nigerian jet pilots for their various missions against insurgents and other security threats. 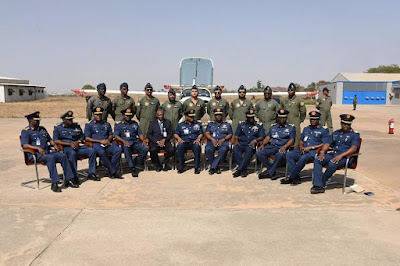 The Air Force says the development will on the short term boost the military outfit’s capabilities. 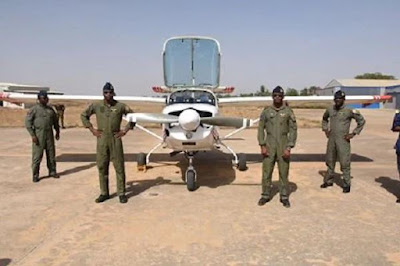 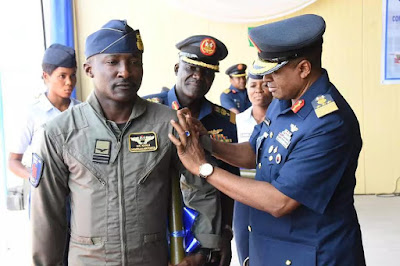 Chief of Air Staff Air Marshall Sadique Abubakar decorating one of the graduands
The statement read: “In continuation of the Chief of Air Staff’s renewed effort to reposition the Nigerian Air Force (NAF) into a highly professional force through capacity building initiatives, the Nigerian Air Force (NAF) has graduated the first set of Super Mushshak Instructor Pilots.
“The successful conversion of these pilots will enhance pilot training which will in turn impact positively on operational effectiveness of the NAF especially in its fight against insurgency and other criminalities within the country. Furthermore, it will boost the training of young pilots as 30 officers have already been selected to commence training with the newly trained Instructor Pilots.
"The Chief of the Air Staff, Air Marshal Sadique Abubakar who presented certificates to the graduating Instructor Pilots stated that training has remained a major means of transformation over the ages. According to him, the importance of training informed the choice of ‘human capacity development through robust and result oriented training for enhanced professional performance’ as the first key driver to the attainment of his vision for the Nigerian Air Force. 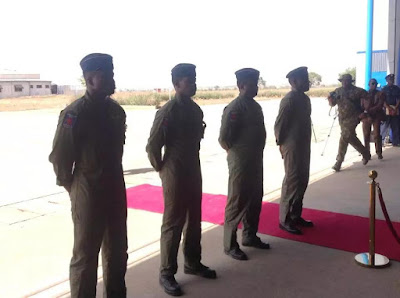 Some of the new Super Mushshak instructor pilots at the decorating ceremony“It will be recalled that the Nigerian Air Force inducted the Super Mushshak aircraft into the NAF inventory on 5 December 2016 to address the challenge of training pilots. The graduation marked the final takeover of the aircraft as Nigerian pilots can now fly and train other ab initio student pilots.”

This comes just as Boko Haram insurgents again attacked Maiduguri, the capital of Borno state in the early hours of Friday, March 3.


Boko Haram bombers attacked Maiduguri even as the fight against insurgency seems to continue. The attack was carried out by three female bombers around 3am on Friday.