Married Reverend Who Was Found Hanged Is Accused Of Having 7 Mistresses, Wife Comes For Them


A Reverend was found hanged after his wife accused him of having 7 affairs with churchgoers, it has been claimed.

Dr Iain D Campbell, 53, had been a senior official in the Free Church of Scotland before he was found dead last month. 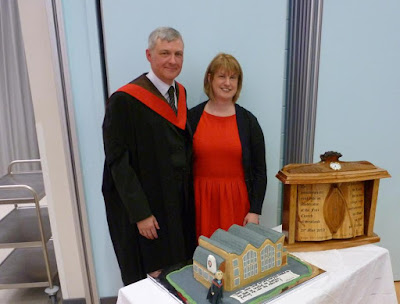 Today, allegations have emerged that his 54-year-old wife Anne has called on seven women to be kicked out of the church for adultery.


It’s after she allegedly discovered evidence that her husband had been leading a double life for years.

The Free Church of Scotland, also known as the Wee Frees, is believed to be investigating while the accused mistresses call in lawyers.

A source told the Daily Mail: “It is said Anne was suspicious about Iain’s activities, and confronted him at the manse [a Scottish vicarage] allegedly after finding compromising emails in his computer trash files.

“Anne is wanting all this to go in front of a church court and for them to throw them out of the church for adultery.

“It will cause havoc with their marriages and the entire Free Church.”

The source went on to claim that Dr Campbell first took an overdose but later hanged himself in hospital in Stornoway. 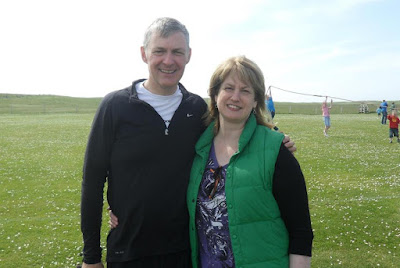 In an Obituary to the father-of-three, Rev James Maciver wrote on the church’s website: “The entire Free Church and many others worldwide are still trying to come to terms with the loss of one of our best-loved ministers, Rev Dr Iain D Campbell.

“We continue to pray for his family in their indescribable pain, as well as his congregation, friends and colleagues.

“At a time like this, there is only one source of strength and refuge, who we believe is ruling in unchangeable love over his people.

“The news of Rev. Dr Iain D. Campbell’s sudden death numbed the Western Isles Free Presbytery, and the tremors from the shock extended through the Free Church and well beyond.

“Such was his fitness, vigour and drive that none could have expected his demise at 53 years of age.”

He added: “Although gifted in so many fields Iain’s great love was preaching the gospel. It was a preaching of the highest calibre.

“His exposition of Scripture was educative, stimulating, thought-provoking, evangelistic and edifying, even for those most advanced in the Christian faith.

“We extend our sincere condolences to his widow Anne; to their sons Iain and Stephen, and daughter Emily; to his mother Lily and his sisters, Margaret and Alma.”