A pregnant aspiring model was killed by a freight train after she became stuck between two railroad tracks while posing for a photo shoot.

Fredzania Thompson, 19, died on Friday afternoon after being struck near the intersection of Hollister and Lee Street in downtown Navasota, police said. 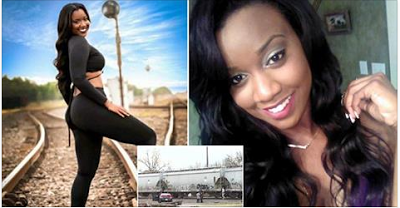 The teen had been standing between two sets of tracks when a Burlington Northern Santa Fe Railway (BNSF) train approached and she moved out of the way onto another track.


Thompson was not aware there was a Union Pacific train approaching in the opposite direction and ended up stuck. The photographer was not hurt in the accident. 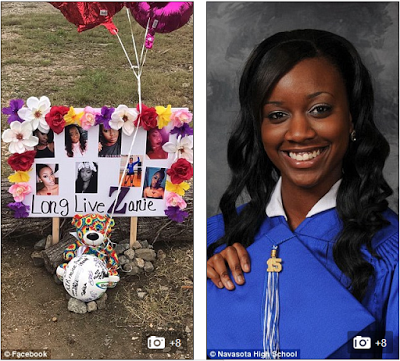 Union Pacific spokesman Jeff De Graff, told the Navasota Examiner that the train crew had alerted them with the horn as they approached them and began the emergency stop process.

The incident occurred before 1pm and she was pronounced dead at a local hospital.

Authorities stopped traffic in Navasota for five hours following the accident as they conducted an investigation. 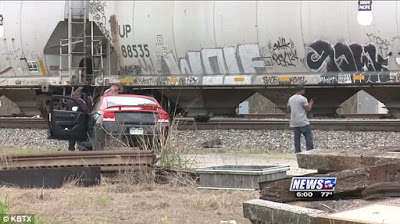 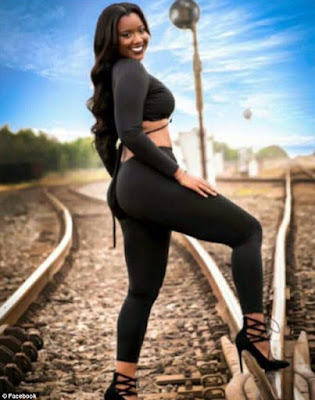 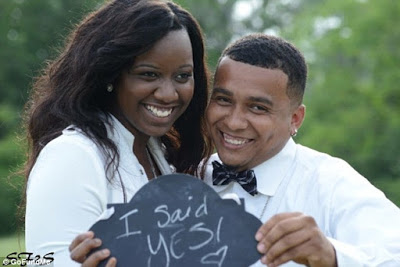