A Nigerian father and medical doctor who is frustrated that his efforts in bringing up his children in a moral way has been jeopardised with the continued broadcast of the Big Brother Naija reality TV show has filed a case against the show.

In court papers exclusively obtained by LailasBlog.com, Dr Olusola Omoju is seeking an injunction that restrains broadcast of the reality show on DSTV and GoTV pending determination of the suit.

Read the Motion on Notice below.

In it, Dr Olusola alleges that Multichoice introduced the Big Brother Naija channel, aired adverts for the reality shows which he says promotes indecency, immorality and obscenity and included it on his bouquet without his consent.

That as a result of the inclusion in his bouquet, his family members and other dependents became avid watchers of the Big Brother Naija show and are now being influenced negatively through the
continued broadcast of the show.

He agrees that Multichoice usually introduces a special code to enable subscribers choose whether they want access to show or not but adds that this practice was not continued this year.

Read the Motion on Notice below: 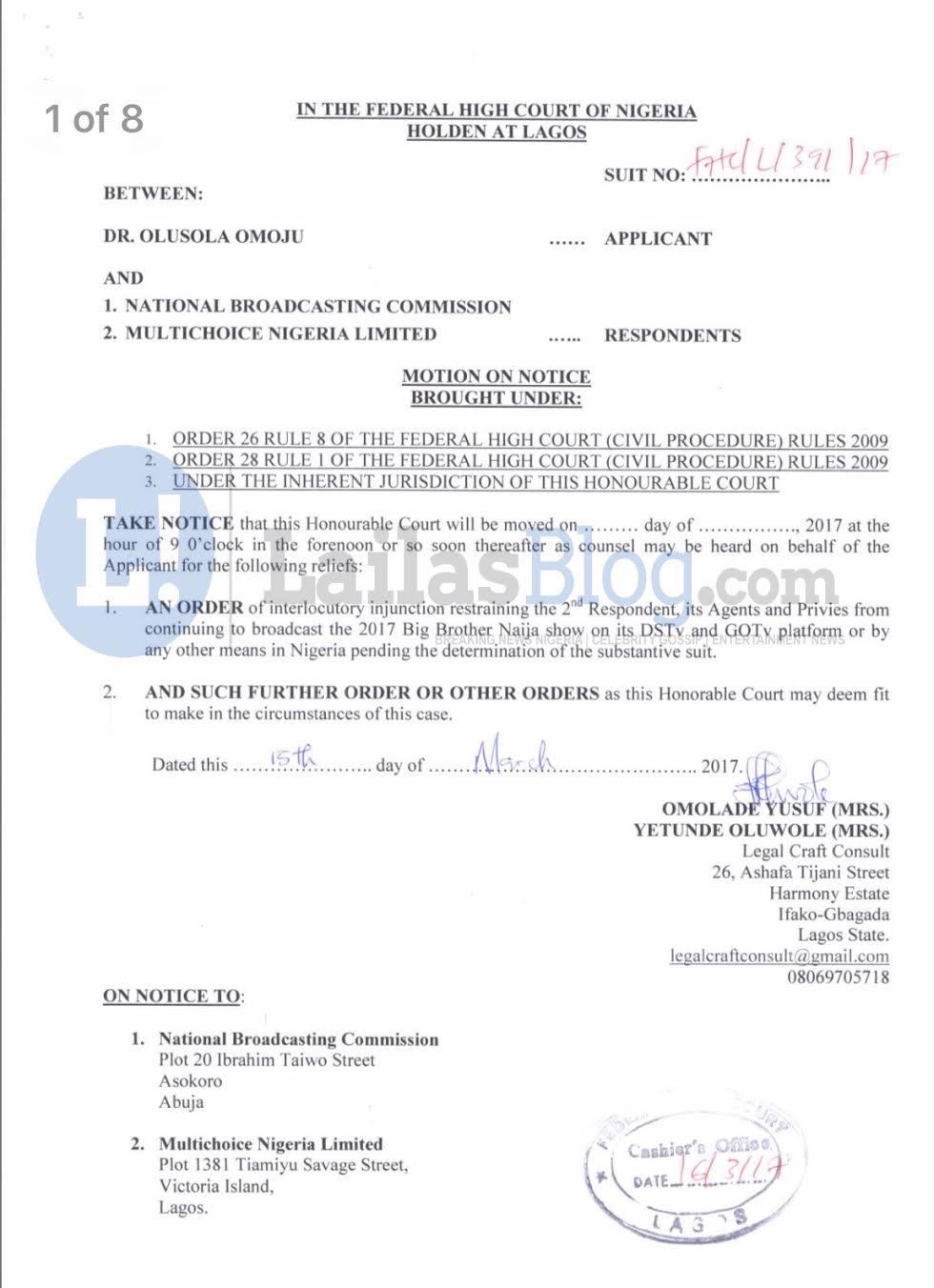 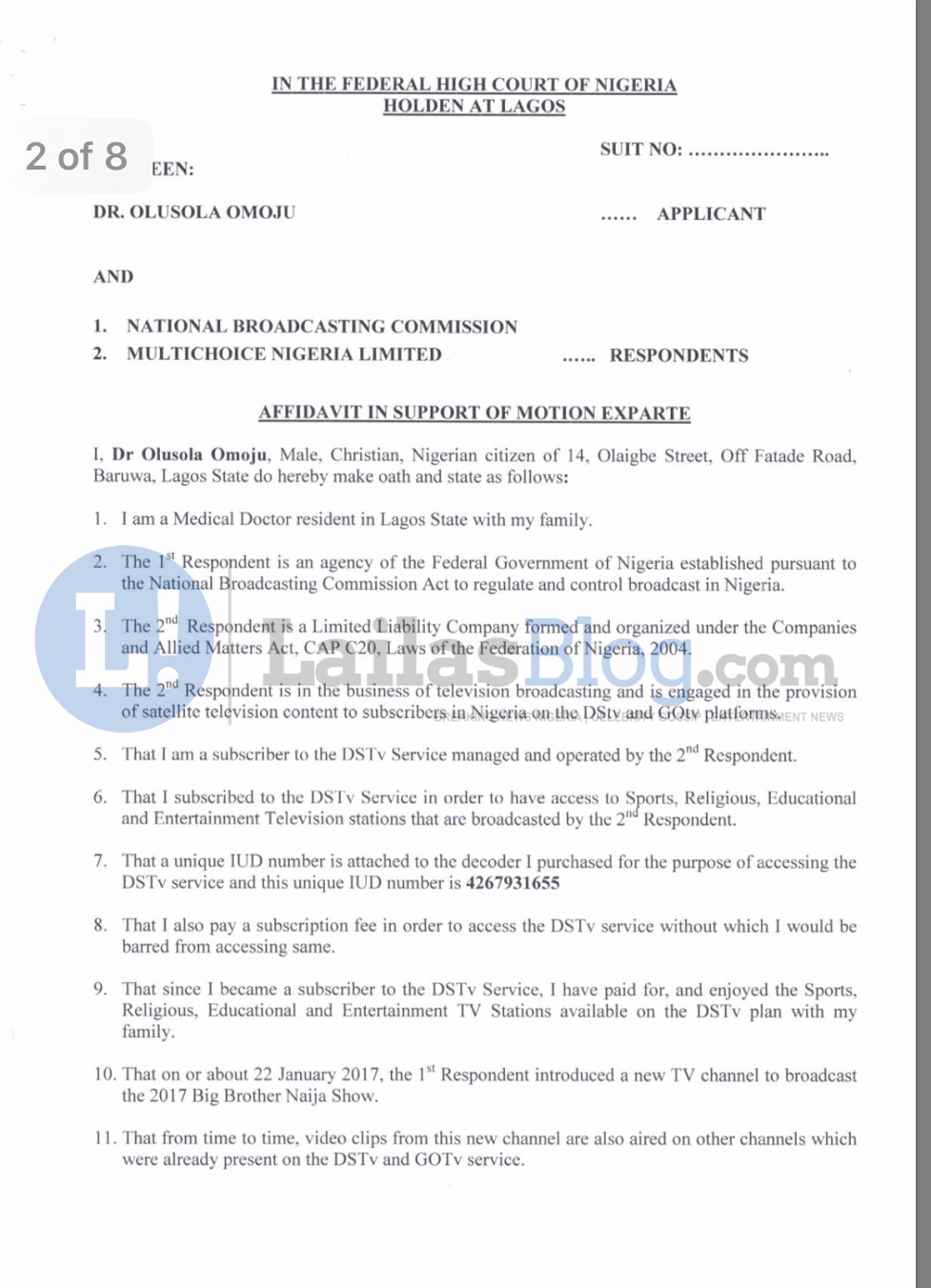 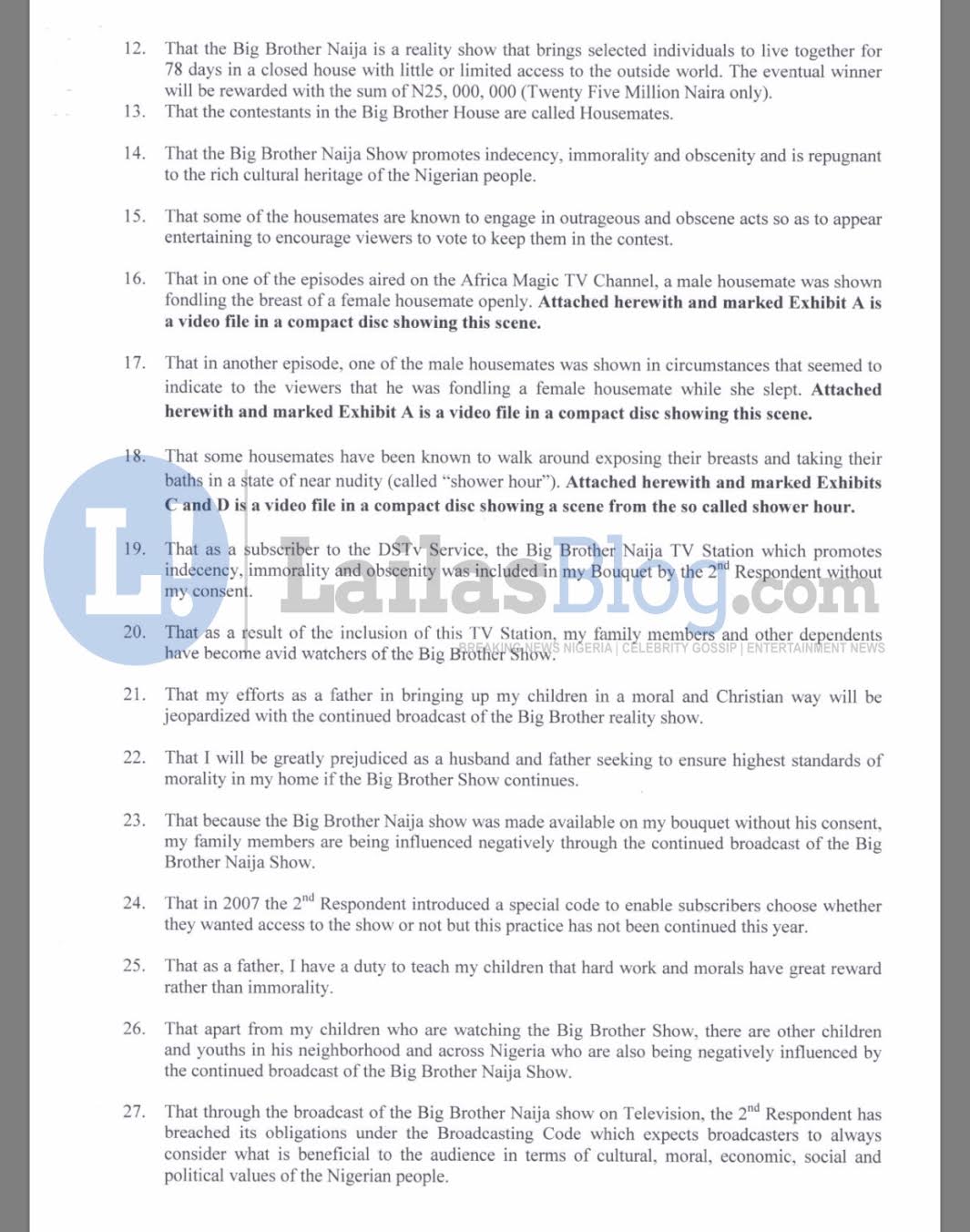 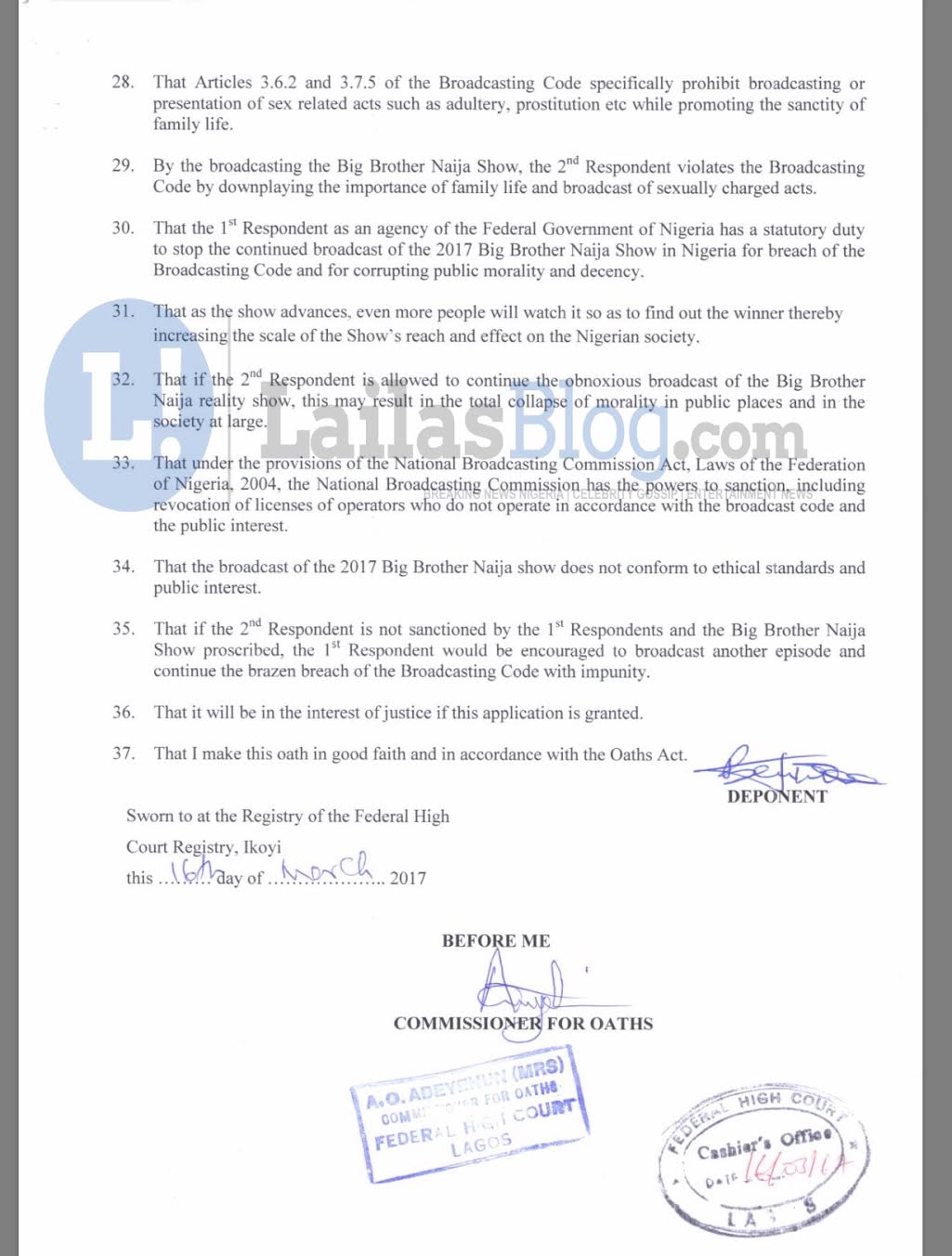 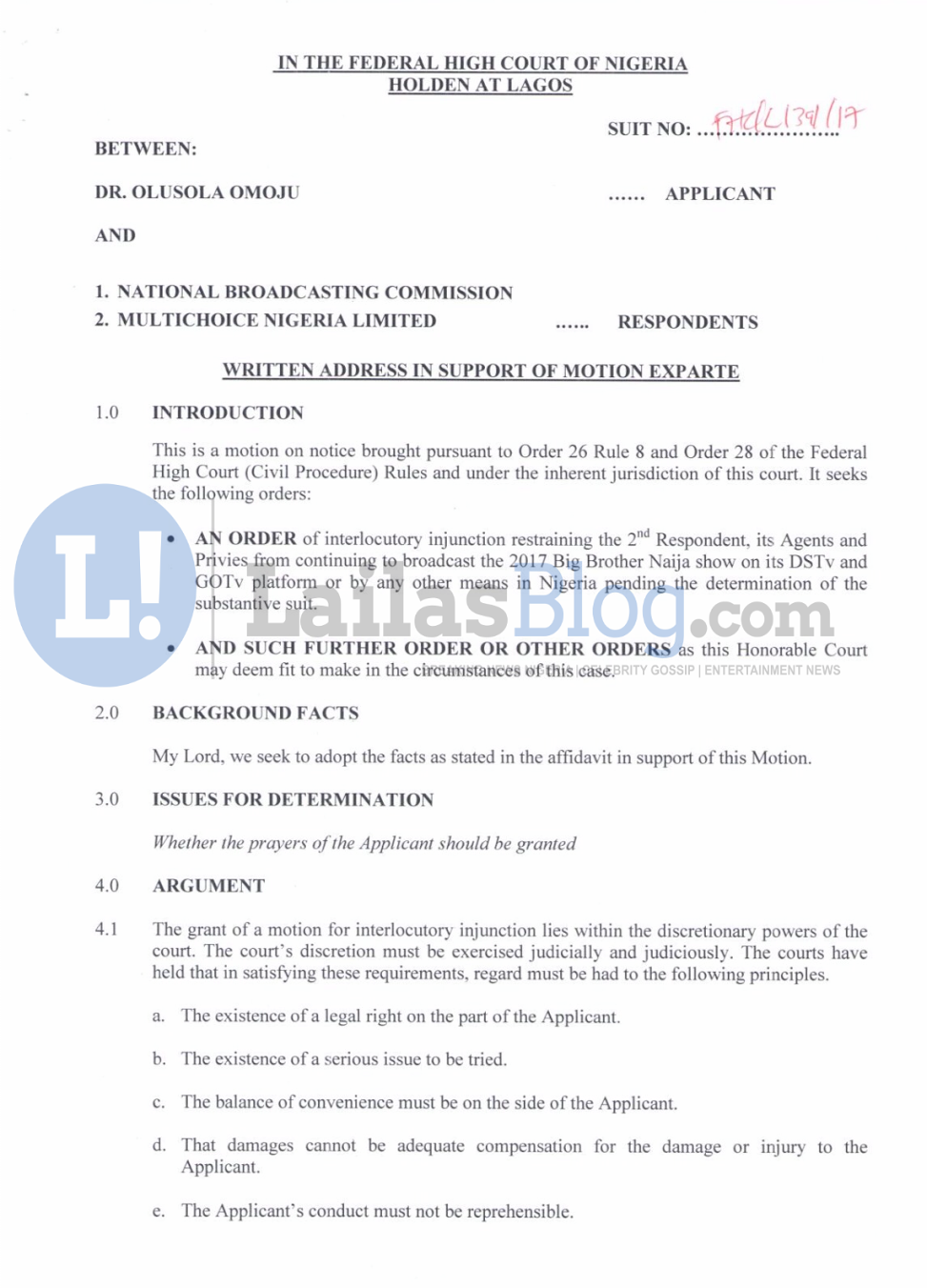 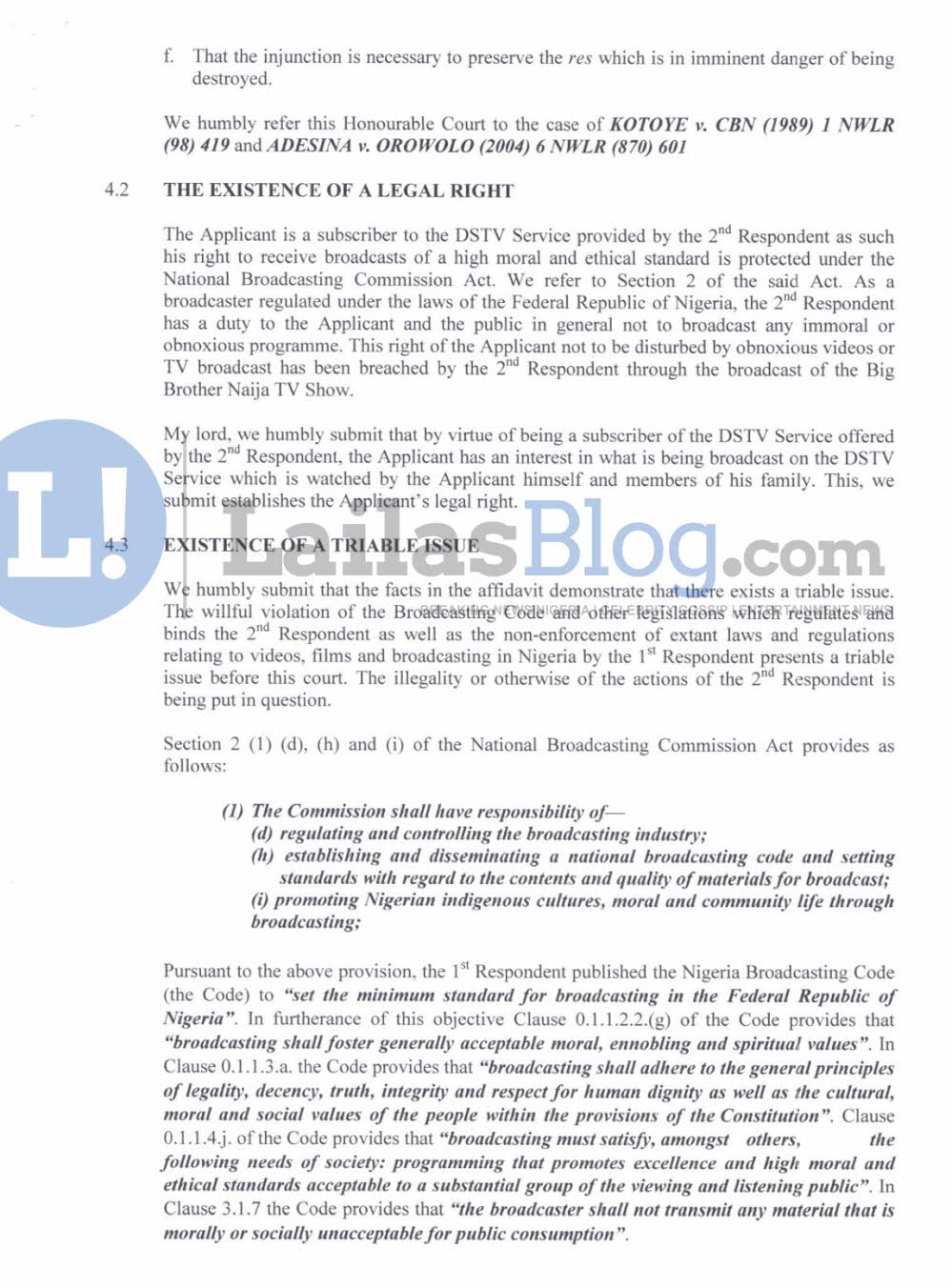 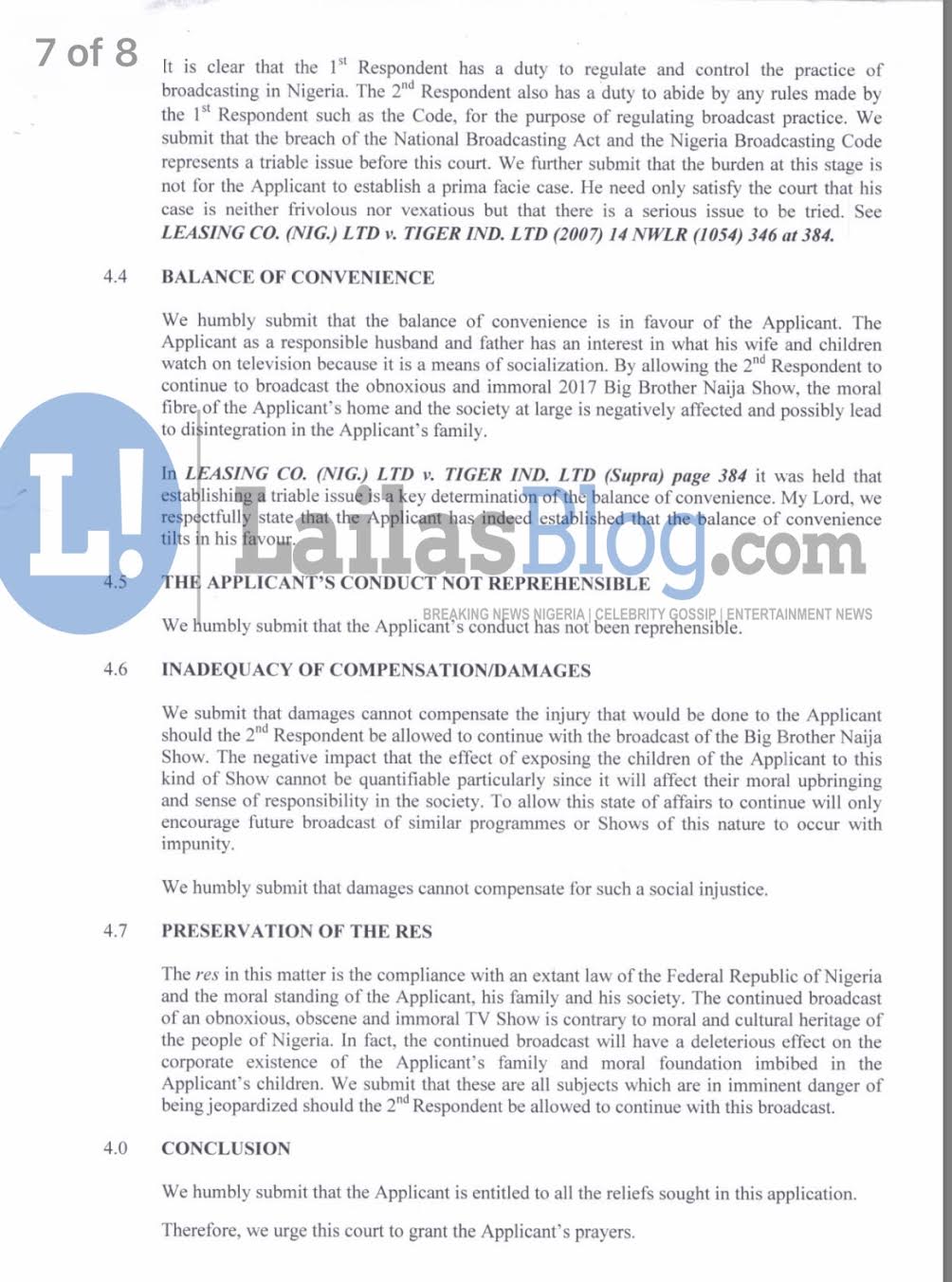 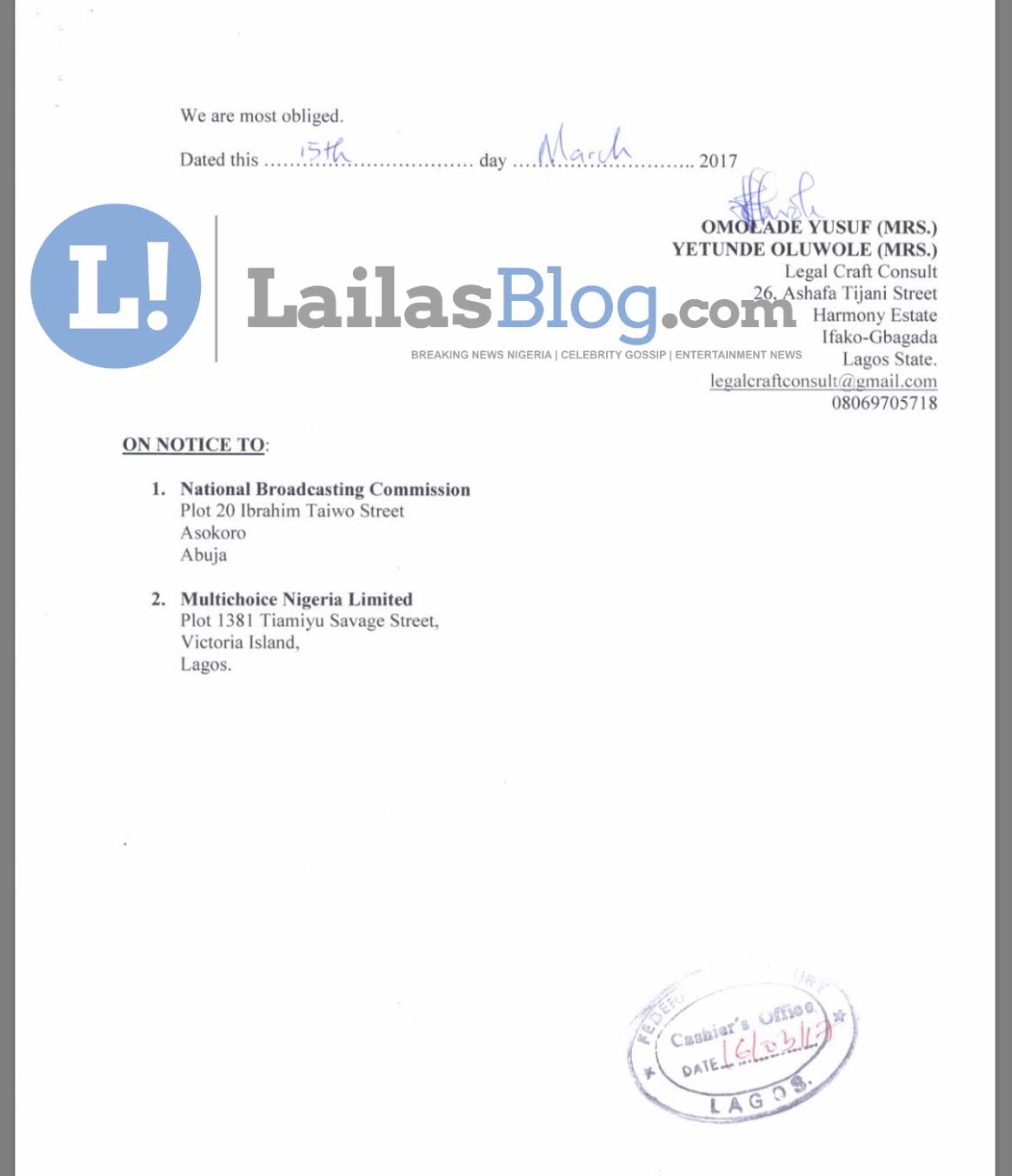