A Nigerian Facebook lady's, Onyinyechi Flourish Enyiazu, death has left many of her friends on the social media speechless and heartbroken, as many have already written tributes to her. One of her friends, John Kpoobari, who wrote a tribute to her, revealed that he dreamt of her death and also told her about it. The lady died after taking to Facebook to celebrate her successful surgery. 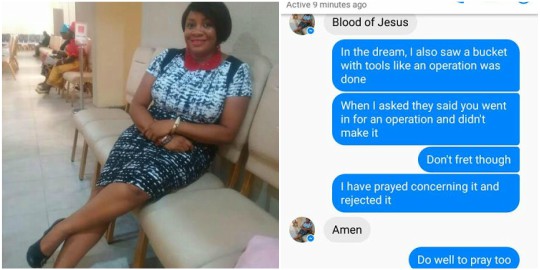 Here's his tribute and what he wrote;

"It's really unfortunate that the spiritual controls the physical.John Kpoobari Diidi had a revelation about Onyinyechi Flourish Enyiazu,he inboxed her and they
had the conversations below.Who would have thought the dream was going to be real? Yesterday she uploaded that she had a successful surgery and today she is no more, that revelation John had has come to pass.
What a world!May her soul RIP!Amen!"

Here are screenshots of his last chat with her; 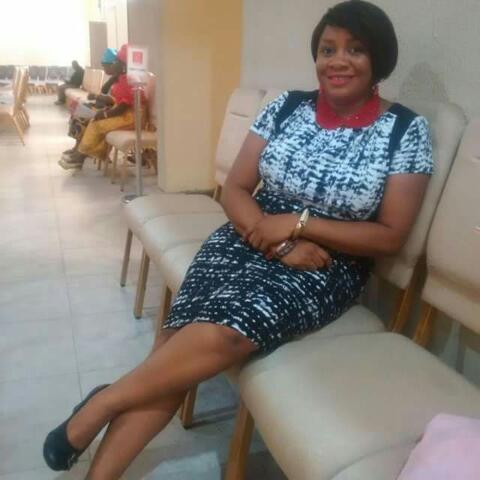 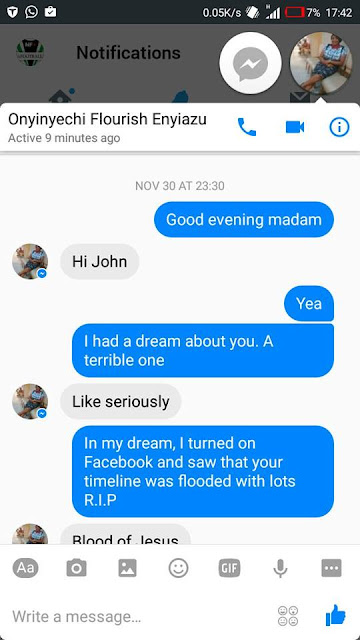 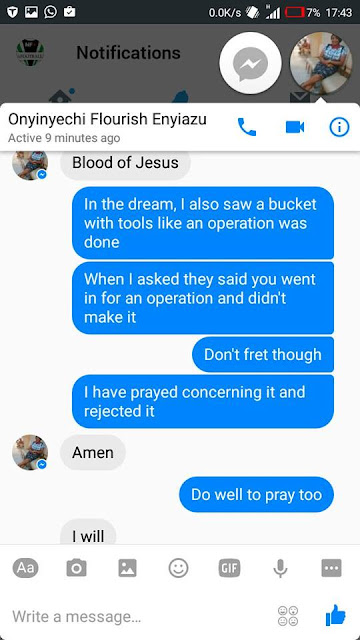 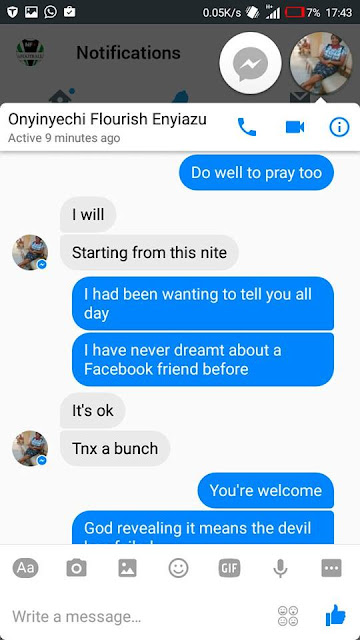 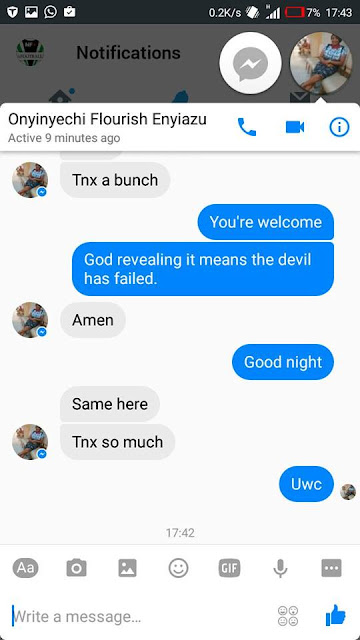