The Nigerian Army has said it has commenced investigation into a viral video which shows three alleged soldiers brutalising a yet-to-be-identified man.

Incident is believed to have happened in Nigeria and in the almost 2 minutes video, the soldiers made their victim roll continually in the mud. 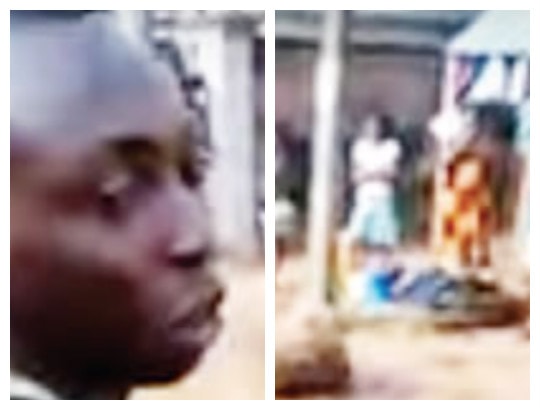 Speaking to Punch, the Director, Army Public Relations, Brig. Gen. Sani Usman, said the culprits, despite being in military camouflage, could be fake soldiers.

He added that the army had yet to ascertain whether the incident happened in Nigeria or outside the
country.

He said,
“It is unfortunate that you concluded that the culprits were soldiers. You should have said alleged soldiers in your write up. The fact that somebody wore military camouflage or held an AK-48 rifle does not make him a soldier. We have a lot of fake soldiers and nobody  can verify where and when the incident happened.“We do not know how this information got out because the first Forum that picked it gave the impressing that it was based in London. However, the long and short of it is that we are investigating the incident.”