A yet to be identified woman was burnt to death in Ibadan when a diesel tanker suddenly detached from the chassis of a truck after it failed to climb a hill. 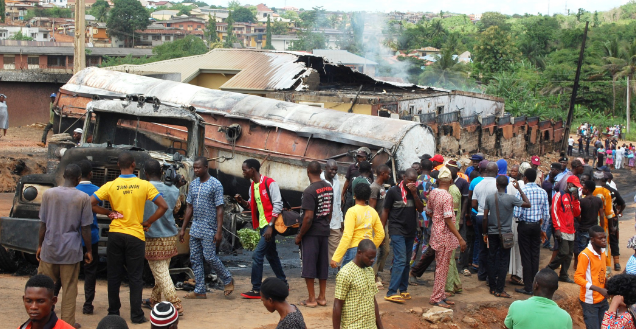 The diesel- laden tanker crushed the car driven by the deceased. Eyewitnesses said the impact of the crash ignited a huge fire which burned the sole occupant of the car beyond recognition.

The fire destroyed properties worth millions of naira.


“The articulated vehicle, which was filled with diesel, was coming from Eleiyele area and travelling towards Ologuneru hill.

When the truck had difficulty dragging the tanker along the hill , the tanker detached from the truck and crushed the car driven by the dead woman.

“ It also poured its content on the road and the fire was ignited , burning the woman, who was trapped in the car and other vehicles , ” said a witness who identified himself as Yinka.

Yinka said more than five houses were destroyed in the inferno adding that diesel flowed towards the Eleyele river which is about 300 meters away from the scene of the accident. 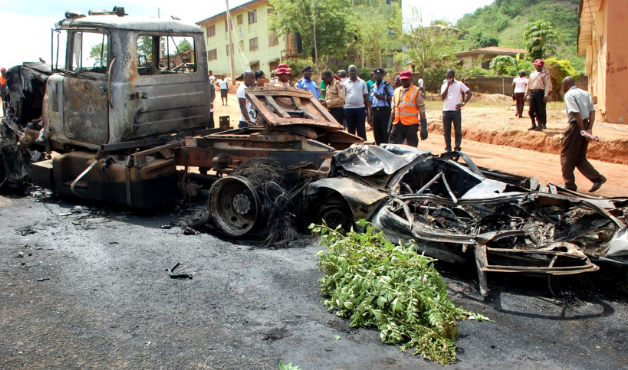 One of the destroyed properties was a church called Save and Serve Ministry , which was lately rebuilt after a section of it was affected by construction work going on on the Ologuneru road.

Firefighters from the Oyo State Fire Service rushed to the scene of the accident and battled hard to put out the fire. 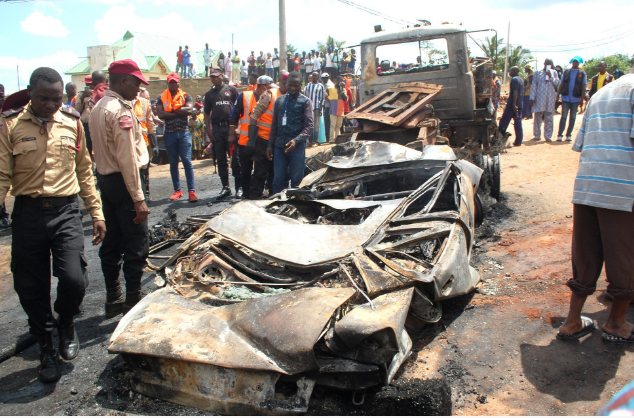 Also present at the scene were Special Rescue Squad of the state police command and men of the Federal Road Safety Corps , who ensured that order was maintained.

The combined efforts of the Police , FRSC and fire service was needed to remove the burnt body of the deceased from her mangled car.