The story of Pharm. Emeka Egbulugha, the Superintendent Pharmacist, of Maydon Pharmaceuticals aptly played out the famous biblical account of how Judas Iscariot, a disciple of Jesus Christ betrayed his master to the enemies for thirty pieces of silver.

When the news of the kidnap of Mr. Donatus Dunu, managing director of Maydon Pharmaceuticals broke on February 14, 2017, no one initially had clues to his whereabouts, not even his family members, until the abductors contacted them, and demanded a ransom of one million Euro (N500 million) for his release 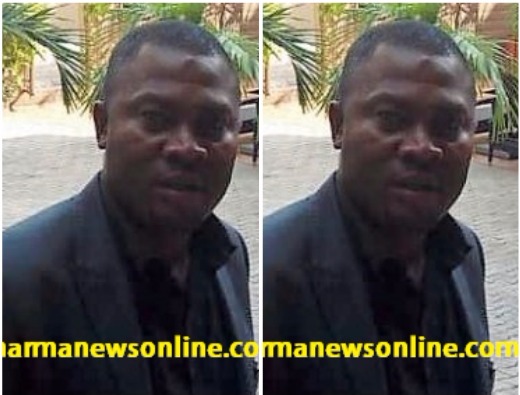 As the days were turning into weeks and weeks became months with the kidnappers not ready to let go of their victim, the relatives of Dunu, made part payment of the ransom, amounting to about N150 million according to reports, upon which they failed to release him.


Little did anyone know that Egbulugha, a native of Oguta, in Imo State, who was in the employ of Dunu, until his arrest by the police could be allegedly involved in such criminal act, as the victim narrated his ordeal in the hands of the terrible kidnap gang and how he had heard the voice of his employee, at different times discussing with his abductors while in their net.

According to the police source, “the victim said that a few days after he was abducted, he overheard the voice of pharmacist Emeka, who has been under his employ for long, discussing with his abductors in an adjoining room. He said he heard him asking members of the gang keeping watch over him whether they had contacted members of his family”.

“A few days before his escape, the victim said Emeka came and reassured them that he had signed all the documents for the release of goods worth about N7 million from his warehouse and also came the next Thursday to boldly question why they had not killed him as agreed.“He reportedly left after he was assured that they would carry out the killing by the following day, Friday”.  At this stage, the victim said he gave up hope of freedom.

“However, by early hours of Friday, he was able to unchain himself while his captors were deeply asleep with their guns and escaped through the back door, landing at the next compound, where a security guard jumped at him and branded him a thief.  He said that after narrating his story to the guard, he told him to wait but he did not see him again after waiting for a long time.”

Although he almost ran out of luck by falling into the hands of passersby who misconstrued him for a thief, but after some explanations, they assisted him to the Igando police station.

When Pharmanewsonline.com pulled a call through to Mrs Lilian Dunu, the wife of the victim, she acknowledged that Egbulugha had worked for some years with the company, but that he seldom attended the morning prayers made for her husband’s release all through the time he was in kidnappers’ den, as the pharmacist often resume late to work.

Mrs Dunu, who admitted that the family paid a huge ransom to the abductors, said she wasn’t sure of the exact amount paid, but that it was not in naira.

She was however indeed grateful to God for the double blessings she has just experienced- her husband’s miraculous escape and the discharge of her son who had been hospitalised for about a week over an illness.

The visit of Pharmanewsonline.com to the pharmaceutical company at Ilupeju, Surulere, Lagos, yielded further revelations into the story, as some senior colleagues of Egbulugha opened up on how he has been unnecessarily generous to some ladies in the company.

His colleagues who spoke to us in confidence, said they had been doubting his sources of income for a while, as he was fond of doling out money to every Dick, Tom, and Harry, who cares to ask him for lunch, whereas they could not afford such charitable gestures, even with their salaries higher than his.

Since pharmacists are known to be men of honour, it was imperative for us to investigate the authenticity of Emeka’s claim of being a pharmacist. When the Registrar of the Pharmacists Council of Nigeria (PCN) Pharm. Elijah Mohammed was contacted for the verification of Emeka as a pharmacist, his answer was in the affirmative, but was disappointed at his alleged involvement in the present case of his boss.

“It is unfortunate he is allegedly involved in such act, but before now, we have never had any negative report about him”, he remarked