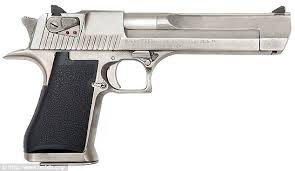 A suspected cultist in the custody of the Abia State Police Command, Ujoatuonu Okechukwu, has confessed that he joined a cult group to put a stop to the continued loss of his mobile phones to ‘bad boys’ in his community.

The 17-year-old and SS 2 student paraded by the Commissioner of Police in the state, Mr. Adeleye Oyebade, said he also wanted to learn the cult ‘slangs’ so that he could use the slangs among his peers in the community.

He further explained that after his initiation and gave his phone to the group leader, his elder brother found out what happened and insisted he must expose the group.
He said, “I wanted to join the cult because boys had been collecting my phones and I wanted to stop the trend. But when I joined them, my brother asked me about my phone and I told him that some people collected it from me.

“Then he (my brother) asked who they were, but I refused telling him until he started beating me, then I told him the truth.

“He collected the phone from our leader and seized it and said he would only release it for me if I exposed the cult group to the police. That was how we were arrested.”

Oyebade said Okechukwu and the other suspects namely Francis Nwachukwu, Victor Abel and Ikechukwu Nnabugwu were arrested following the information received that a cult group at Amaoji Community in Isiala Ngwa North LGA was about to initiate new members and had disagreement among themselves.

He added that a police patrol team attached to Isiala Ngwa Division swung into action and arrested the suspects.

The CP warned parents and guardians to monitor their children closely to know the kind of company they were keeping, even as he added that investigation was ongoing to arrest other members of the cult group.