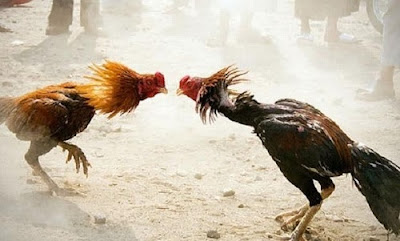 A woman reportedly killed her father-in-law by squeezing his testicles during a heated row over a cockfight. Gau Kerketta died from excessive bleeding after Anima Kharia lunged at him and grabbed his genitals.

It is understood Gau had been trying to diffuse an argument between his daughter-in-law ad son, Bhairaw.

The pair were said to be rowing over their rooster which had lost a ccockfight in India.


“The father-in-law tried to pacify them but the woman grabbed his testicles and squeezed them.

“The man died on the spot."

Kharia, in her mid-thirties, is said to have confessed to killing Gau but claimed it was accidental.

“This was one of the causes mentioned in the autopsy report.”

Kharia is being held at Gumla jail as the investigation continues.

But she and her husband have dodged charges of taking part in a cockfight at a village fair in Saitola in the eastern state of Jharkhand.

The “sport" is banned in the region after protests by animal-rights activists.