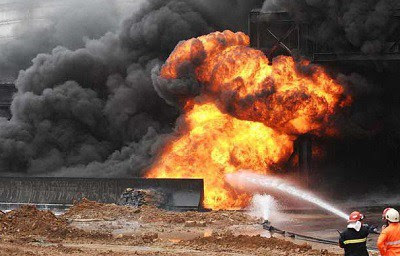 The Cross River Police Command has confirmed that nine people died in a fire outbreak that occurred at Linc Oil and Gas tank farm this morning.

Mr Hafiz Inuwa, the State Commissioner of police confirmed the figure at the scene of the event.

Inuwa added that several other persons, who sustained injuries were currently being treated in one of the hospitals in Calabar.

According to him, the manager of the depot is yet to brief the police on what led to the explosion.


“Up until now, nobody has come out to tell us that this is what caused the fire outbreak.

“We have gone round, we have done what we can do but investigation will later reveal what actually led to the explosion.

“For now, nine people are confirmed dead and many others who sustained different burns are currently receiving treatment in one of the hospitals around town’’, he said.