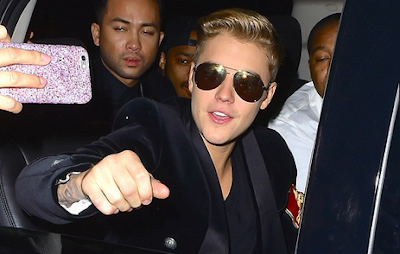 Justin Bieber is not welcome to perform in China because of his "bad behaviour", Beijing authorities have said, after the pop idol angered many Chinese in 2014 by visiting a controversial Japanese war shrine

The Beijing Municipal Bureau of Culture revealed it is not a "Belieber" when it said the 23-year-old Canadian, who last played in the country in 2013, had a lot of growing up to do if he wanted to return.

The statement came after Chinese fans posted comments on the agency's website demanding to know when their heart throb would be allowed to perform in China again.


It is "inappropriate to introduce bad behaviour into the performing arts" it said, calling the performer out for his antics and urging him to turn over a new leaf.

"We hope Justin Bieber can improve his words and deeds in the process of growing up and become a singer people really like."

The singer's latest song "Despacito" has been streamed over 4.6 billion times since its March release, according to the Universal Music Group.

The shrine is seen across Asia as a symbol of Japan's perceived lack of penitence for its past imperialist aggression, under which China in particular suffered heavily.

Shortly after his trip, the singer behind the hit song "Sorry" issued an apology to scandalised Chinese fans, saying he was "mislead to think the shrines were only a place of prayer".

But some have never forgiven him.