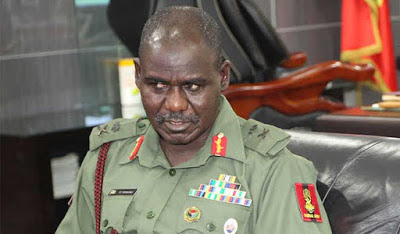 A special military court martial led by , AVM James Gbum has demoted Maj.-Gen. Ibrahim Sani, one time Chief of Transformation and Innovation Centre of the Nigerian Army, to a Brigadier-General.

Sani was demoted after the court convicted him on a five-count charge bordering on cheating. Sani had been standing trial in the court since 2015 after he was accused of dividing and allocating part of army land to himself.

The court also ordered the convict to return N23 million being the money he got after he sold the part of the army land to himself. The court held that the convict fraudulently allocated to himself part of the land – 436 hectares, in Abuja and sold it.