Trump Has Come So That America Can Be Humbled – Obasanjo 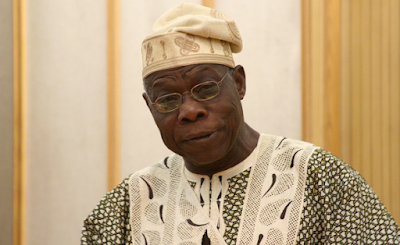 Americans are humans too like Africans in choosing Donald Trump as president, former Nigerian president, Olusegun Obasanjo said in a rare reflection that appeared to have mocked the US election last November.

‘‘The fact that America can produce a Trump in this day and age, it means Americans are as human as we are,’‘ he was quoted to have said.

The octogenarian who ruled Nigeria in 1976-79– first as a military ruler and then a civilian leader in 1999-2007 said he was happy about the turnout of events in the U.S.


Trump has come so that America can be humbled, and we can also learn that lesson,’‘ he added. Obasanjo’s comment was made during an event earlier this week at the French Embassy in Pretoria, the News24 portal reports.

The event in question was the launch of the French version of a book titled ‘Making Africa Work.’

The book described as ‘‘A trenchant analysis of the continent economic faultlines and a handbook of best practices to redress them,’‘ was authored by Greg Mills, Jeffrey Herbst, Olusegun Obasanjo and Dickie Davis.

According to him, even though Africa still needed foreign direct investment, it was time for the continent to show the rest of the world that it can take charge of its own future.

Before the APC came to power in 2015, the current opposition Peoples Democratic Party (PDP) had ruled Nigeria since the country’s return to democratic rule in 1999.

The PDP’s first leader was Obasanjo, who had two four year terms. His plan to extend his stay in power was stiffly opposed and he eventually handed over to Umaru Musah Yar’Adua of the PDP.

Obasanjo is a regular election observer on the continent especially for the Commonwealth. Trump took office in january this year after winning hotly contested elections in November last year.

He beat former first lady and secretary of state, Hillary Clinton, to make it to the White House with his mantra to ‘Make America Great Again.’