Why Buhari Did Not Address Nigerians From London – Adesina 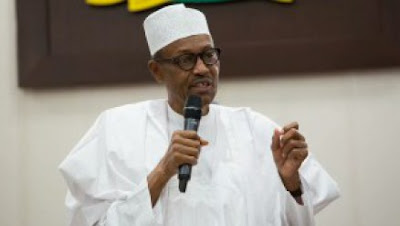 President Muhammadu Buhari, yesterday, hosted some All Progressives Congress, APC, party governors and leaders in London where he passed a message through the Imo state Governor, Owelle Rochas Okorocha, saying he is laughing and unperturbed over the negative comments about him back here in Nigeria.

However, his aide, Mr. Femi Adesina has explained why President Buhari did not address Nigerians from his Abuja base in London. Adesina gave the explanation during a phone conversation with Channels Television’s Sunrise Daily.

According to him, Nigerians should by now know that, not addressing them directly is Buhari’s personal style.  Adesina also said that is the President Buhari prefers to do things with Nigerians.


According to him, “It is a matter of personal style, there is no style that you can call ‘the’ style. The style of our President is what you have seen on display and by now two years after he came, I am sure that we should understand him.

“We should know the kind of person he is, we should know how he prefers to do things and that is how the President is.

“That just tells you that that is the way our President is, we elected him willingly and we have seen that this is the way he is.”

Since he left the country, nobody has been able to say, with pin-point accuracy, what the President is suffering from but Presidency has on several occasions said that President Buhari is doing just fine and will soon be back.

First, it was his wife, the First Lady, Aisha Buhari who had told Nigerians in metaphorical words that Buhari will soon be back and that when he comes back, the Hyenas and the Jackals will be in for hot soup for trying to usurp the majestic government of the Lion who is away.

Her comments had generated lots of controversy as many, especially the Ekiti state governor, Ayodele Fayose maintained that the President was incapacitated.

Also, about two weeks ago, the Acting President, Professor Yemi Osinbajo travelled unannounced to London to meet with Buhari and when he came back, he also confirmed that the President was in high spirits and recuperating fast.

Again, Nigerians lashed at that, saying the President ought to address Nigerians even if it is through a video recording so Nigerians will believe that he is doing fine.

Although President Buhari later addressed Nigerians through an audio recording, though in Hausa Language, many found such an address rather sectional.

Just yesterday 23rd July, 2017, President Buhari again spoke to Nigerians, though not directly, neither was it through audio or video recording but through the Imo state Governor, Rochas Okorocha wherein he said all the negative comments about him were all lies.

But Nigerians are eagerly awaiting the return of their president to continue the good work of cleansing the country of corruption and alleviating the poverty currently ravaging a majority of, especially, the poor masses who voted him into power to change their lots.