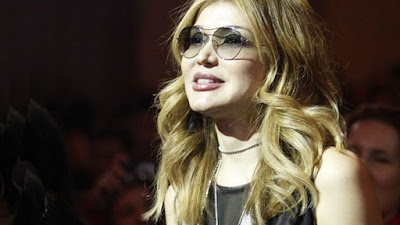 Uzbekistan said today that it has jailed the eldest daughter of late president Islam Karimov, Gulnara Karimova -once a prominent socialite, fashion designer and singer  after charging her with massive fraud and money laundering.

In a statement the Uzbekistan Prosecutor-General’s Office said that “Gulnara Karimova has been charged” with crimes including fraud, money laundering and concealing foreign currency “and she has been held behind bars”.

Karimova, 45, is the eldest daughter of the late authoritarian president of the secretive ex-Soviet Central Asian state, who died following a reported stroke in September last year.

She was once tipped to succeed her father and was a high-profile figure, serving in diplomatic posts including as ambassador to Spain and Uzbekistan’s permanent representative to the United Nations in Geneva.

Among the long list of allegations against Karimova are that she fraudulently acquired assets worth $595 million and received $869.3 million in kickbacks that were paid into offshore accounts.

She has been reportedly under house arrest in the country since 2014 after publicly feuding with her mother and her younger sister Lola on Twitter. She did not attend her father’s funeral.

Swiss prosecutors reportedly questioned her in Tashkent in December, quashing rumours of her possible death.