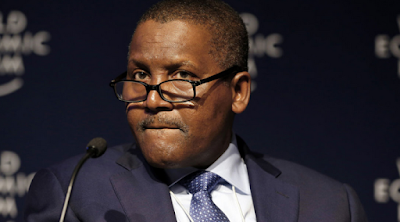 The Police Special Fraud Unit on Monday stalled the arraignment of eight members of staff of the Dangote Sugar Refinery, Apapa, before a Lagos State High Court in Ikeja due to their inability to produce one of the defendants in court.

The defendant, Mr. Habib Mande, and his company, El-Habib Property Nigeria Limited, were scheduled to be arraigned alongside eight workers of the sugar company for an alleged theft.

The prosecuting counsel, Mr. Emmanuel Jackson, told the vacation judge, Justice Sedotein Ogunsanya,  that he was ready to proceed with the arraignment of the other defendants.


But the trial judge overruled him, insisting that all the defendants must all be present in court for their plea to be taken.

The judge, therefore, adjourned the matter till August 7 for arraignment.

According to the information before the court, the defendants were to be arraigned on an eight counts bordering on stealing, forgery of cheque, requisition form and uttering of false documents, contrary to section 468 of the Criminal Code, Cap.C.38, Law of the Federation of Nigeria, 2004.

According to the charge, they were alleged to have conspired among themselves “to commit a felony, to wit: stealing of N451m, property of Dangote Sugar Refinery.”

The petition stated that a total of N67,906,150.00  was discovered to have been allegedly siphoned out of the company’s account to one company known as El-Habib Property Nigeria Limited for the shipment of goods on  their behalf.

The petition stated that further  checks made on the company revealed that El-Habib Property Nigeria Limited had not been engaged for any service since 2016 and neither was it having pending claims with Dangote’s company.

“I alleged that the defendants carefully organised a network to siphon the company’s money to a total sum yet to be ascertained and shared with El-Habib Property Nigeria Limited,” the petition stated.

According to the petition, Dangote Sugar Refinery pleaded with the SFU to use the wealth of experience of its members of staff to ascertain the extent of the alleged fraud committed and to bring the defendants to justice.