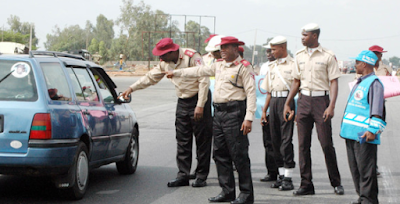 The Commissioner of Police in Abia, Leye Oyebade, said on Monday that the force dismissed a police corporal, Iroh Orji, for shooting two officials of the Federal Road Safety Corps, FRSC, at Aba.

Mr. Oyebade said this while addressing journalists on the activities of the command. He said that Mr. Orji was tried and found guilty of the offence and had to be dismissed from the police.

He said “the command and the police hierarchy condemned the action of the corporal,” describing his action as a negation of the laid down rules of the force.

He said, “Police do not advise its members to use their arms and ammunition recklessly. “Any armed police officer is expected to protect people not to shoot at them,” he said.


The corporal, who was an orderly to the Speaker of the Abia House of Assembly, Chikwendu Kalu, allegedly shot at the FRSC officials at their duty post on July 15.

The incident took place at Arungwa Junction (near Aba) on the Enugu-Port Harcourt Expressway.

It was learnt that Mr. Orji accompanied the speaker’s wife, Victoria, on a trip to Aba when the FRSC men flagged down their vehicle, alleging that she (Victoria) did not fasten her seat belt.

It was further gathered that Mr. Orji shot at the men during an argument that ensued, when the FRSC men insisted on booking them for seat belt violation.

Mr. Oyebade regretted the incident, saying that it was capable of causing disaffection between the police and other sister security agencies.

“All the security agencies in the state have been working in synergy with one another.

“Regrettably, this type of ugly incident is capable of bringing us at loggerheads with other agencies and it will not be healthy for our operations,” he said.

Mr. Oyebade said that they would be prosecuted at the end of the investigation.