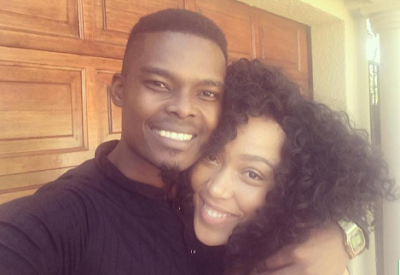 South Africa mourns one of its rising stars, after actor Dumi Masilela, 29, was killed in an attempted hijacking. Masilela was shot in Tembisa last night, when a black jeep approached the actor and his friend sitting in a parked car in the area. They attempted to flee but were chased.

"They tried to drive off but the black jeep followed and the occupants opened fire. He (Masilela) was shot in the upper body‚" police spokesperson Kay Makhubele said. He was rushed to hospital, but officials have confirmed he died this morning.

A singer, actor, and former soccer player, Masilela was best known for his role as 23-year-old street kid Sifiso Ngema on popular soap Rhythm City, having made his first appearance on the series in 2013.


He had recently wed actor and media personality Simphiwe Ngema (pictured with him above) earlier this May, with the pair becoming media darlings for their well-publicised romance.

His aunt, who heard of his death this morning, is said to have also died of shock, making it a double tragedy.