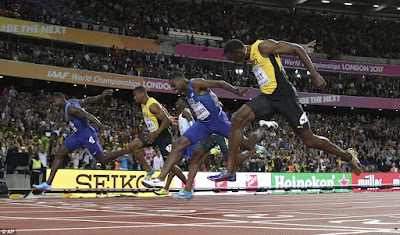 Usain Bolt might be a sex maniac, party freak, woman wrapper, but we still love him, lol. He is going to retire next week and we all want him to retire with the title, but today he lost it to two-time cheat (caught using drugs twice) Justin Gatlin and we are not even pained. Justin might have used that thing again and was just not detected (I kid). To the real gist...

A terrible silence met the end of the men's 100m final in the London Stadium. Not only was Usain Bolt, the great hero of the sport, denied victory in his final individual race, but it was won by two-time drugs cheat Justin Gatlin. Athletics' worst nightmare had just unfolded in front of a watching world.

The fans who had packed into the stadium to savour every last moment of this race, hoping for one last signature Bolt moment of celebration, one final flourish, one last waltz, watched in stunned amazement as Gatlin dipped for the line a fraction of a second ahead. Bolt was third, beaten to the silver medal by the young American Christian Coleman.


In the shocked aftermath of the race, everyone seemed to try to pretend that Bolt had won. Gatlin was booed and it was Bolt who was interviewed trackside and told that the whole stadium loved him.


Two years ago, it was said that Bolt had saved the sport when he beat Gatlin at the World Championships. 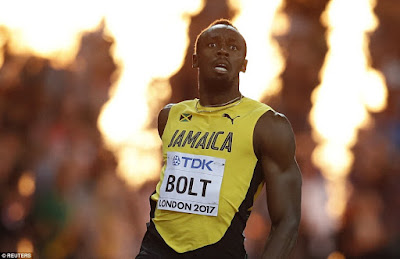 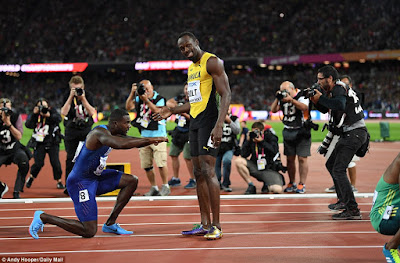 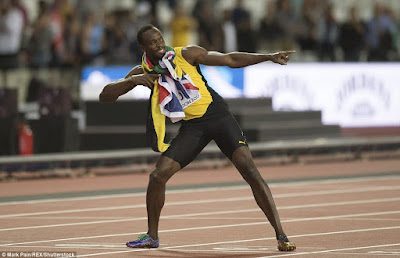 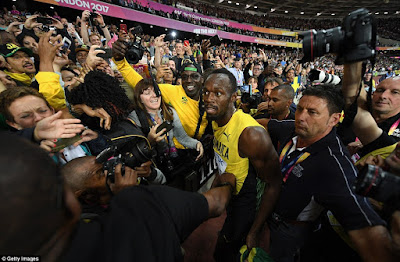