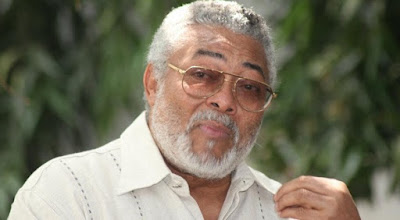 A former President of Ghana, Jerry Rawlings has noted that the current tribal war among Nigerian ethnic nationalities has reached a “dangerous” level and must be stopped forthwith. This was as he warned that the beating the drums of war is antithetical to development.

Rawlings spoke as a guest of honour at the 12th Annual Lecture organised by the University of Ibadan Alumni Association, UIAA, Ekiti State branch, which was held at the Conference Hall of Federal Polytechnic, Ado-Ekiti in Ekiti State.

He stressed that it would be in the best interest of Nigerians to stop threatening one another but rather leverage on their diversity and co-exist harmoniously.


The ex-Ghanaian leader advised Nigerians to shop for the right people of integrity who can perform the much desired miracle in the country.

He stated that Nigeria can sustain good leadership by persistently deploying their tongues and votes rightly.

Rawlings reiterated that the fundamental challenge facing African nations lies in absence of leadership with character.

He also advocated the sustenance of war against corruption in Nigeria and Ghana, saying he is displeased with the ranking of both countries in the Transparency International, TI’s, corruption watch.

The former president stated that when Nigeria wins the war against corruption, the effect would trickle down to other African nations as Nigeria commands 75 per cent of African population.

According to him, “Transparency International shows that countries in the South South region of Africa failed to address corruption and that Ghana and Nigeria rate high in corruption indices.

“However, some leaders have the will but not the character to fight corruption. The fight against corruption in Nigeria calls for integrity and wise approach so that it will not conflict with the lives of the people.

“I am sad over the mean behaviour of my fellow black man. African countries are plagued with several challenges such as agriculture, deforestation, bad economy, governance, education amongst others. Nigeria has the pride and integrity. Most African countries cannot meddle with you people.”