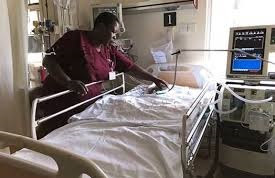 Baby Samantha Pendo was attacked by police officers who were responding to anti-Uhuru demonstrations in Kisumu after the Independent Electoral and Boundaries Commission declared Uhuru the winner of the 2017 General Election presidential race.

The incident sparked public outcry with quite a multitude condemning the police for using excessive force in calming chaos.

Speaking to journalists just moments after the sad incident, baby Samantha’s father said no government officials had visited the little girl in hospital after she was injured.

The father also revealed how they were attacked by police who broke into their home in pursuit of protesters.

News about Baby Samantha’s untimely demise has been received with heavy hearts by thousands of Kenyans who are now calling for justice.