Photos: Police Arrest Man Who Attempted To Use His Father, 2 Siblings & 5 Friends For Money Ritual 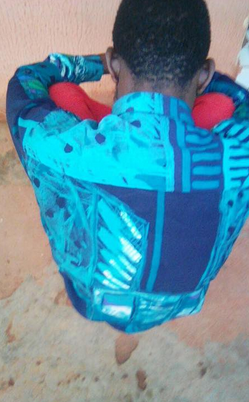 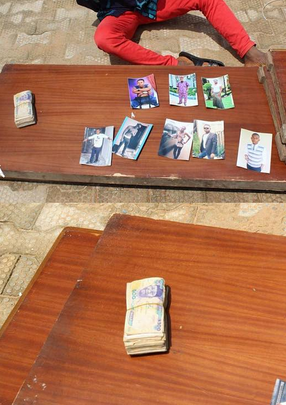 The Police in Anambra have arrested a 26-year-old man, Chukwuemeka Okafor,  for allegedly attempting to use his father, two siblings and five friends for money ritual.

The suspect, who hailed from Ifite-Awka in Awka South Local Government Area of Anambra, was arrested following information made available to the police by a vigilant resident of the community.

The Commissioner of Police in the state, Mr. Garba Umar, who briefed newsmen in Amawbia on Thursday on the arrest of the suspect, said the father had innocently provided N100, 000 to his son unknown to him that the son had a devilish intention.

Umar said that the suspect lied to his father about a business which made him raise the money for him believing that it was a genuine venture.

He further said that after collecting the money, the suspect proceeded to the house of a native doctor to prepare a charm that would enable him to eliminate his father, two siblings and five of his friends.

He said that the suspect had confessed to the crime, and was assisting the police with useful information for further investigation.

The commissioner said the suspect would be charged to court after investigation.

He listed the items recovered from the suspect to include; eight photographs of the victims, including three members of the family and pictures of his five face book friends as well as the sum of N100,000.

The suspect told newsmen that he collected the N100, 000 from his father under the pretence that he would use the money to set up a business.

Okafor told reporters that he was roped into the act after he was defrauded of N400,000 by one of his friends who promised to take him to Dubai.

“Amidst these frustrations, I sought the assistance of one Zaki who is very influential in the society and he told me that he made his money through money ritual.

“He encouraged me to join him in the ritual act after revealing the secret,” he said.

Okafor said he was warned not to reveal the secrets of the ritual to anybody otherwise his life would be terminated.

He regretted that he had no intention to join the evil act, but that he was pushed into it by the devil, adding that he got the picture of his friends from their Facebook walls.