INDIA: 12 Killed In Violent Protests Over The Rape Conviction Of A Popular Religious Leader 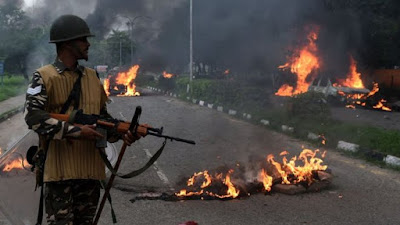 At least 12 people have been killed in violent protests over the rape conviction of a popular religious leader in north India.

The victims are believed to be Gurmeet Ram Rahim Singh's followers. Angry supporters are rampaging through Panchkula town, near Chandigarh.

Reports of widespread vandalism are coming in. At least two railway stations have been set on fire.


Singh, who claims to have millions of disciples, was found guilty of raping two women at the headquarters of his sect, known as Dera Sacha Sauda, in 2002.

More than 200,000 of his followers had flocked to the Chandigarh area ahead of Friday's verdict.

Thousands of army, police and paramilitary forces have been deployed. They are firing tear-gas canisters and water cannon into the crowd to try to restore control, says the BBC's Ravinder Singh Robin in Panchkula.

At least a dozen people have been injured in the town.

Curfews have been imposed in several areas of the city and across the state of Punjab.

Meanwhile, violence has also spread to the capital, Delhi, where two train coaches have been set on fire, according to reports.

Singh, 50, was taken into protective custody by the army following the conviction.

The court is expected to sentence him on Monday. 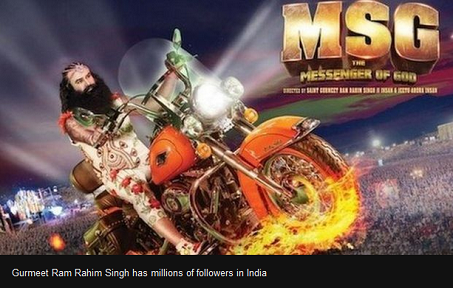