Photos: They Have Taken Their Madness To Buckingham Palace 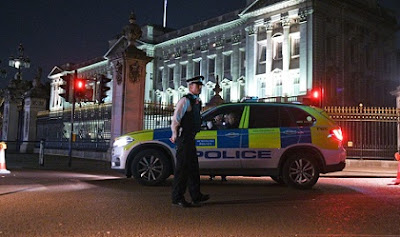 A man has been arrested  outside Buckingham Palace armed with a 4ft sword and repeatedly shouted “Allahu Akbar” as police struggled to subdue him.

Three unarmed officers were injured – two receiving cuts to their hands while detaining the man just after 8.30pm on Friday.

Scotland Yard said the man drove at a police van just outside Buckingham Palace in a blue Toyota Prius, and stopped in front of it.

Officers subdued the suspect, a 26-year-old from Luton, Bedfordshire, with CS spray.


A Metropolitan police statement said: “Just after 8.30pm [on Friday], a car deliberately drove at a police van and stopped in front of it in a restricted area on Constitution Hill near Buckingham Palace.

“The officers, who were unarmed police constables and from Westminster borough, got out of the van and approached the car, a blue Toyota Prius.

“As they challenged the driver, who was the only occupant in the car, he reached for what we now know to be a 4ft sword which was in the front passenger footwell.

“The officers acted very quickly to detain him. During a struggle the three officers sustained minor injuries. The man, who repeatedly shouted Allahu Akbar, was incapacitated with CS spray.”

The investigation is being led by Scotland Yard’s counter-terrorism command.

Officers are examining CCTV footage to see if the Prius was “scouting” the area before the incident.

Detectives will also examine whether the vehicle was driven at the police van in order to lure officers towards it.

The suspect was arrested at the scene on suspicion of causing grievous bodily harm and assaulting a police officer. Hours later he was further arrested under the Terrorism Act and he remains in custody at a central London police station. 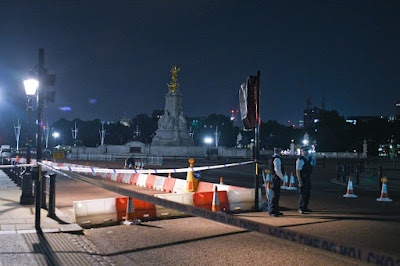 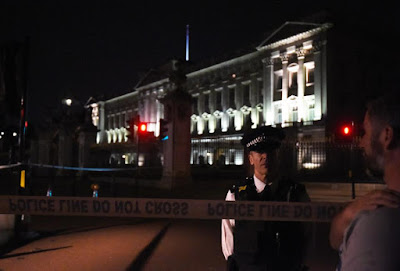 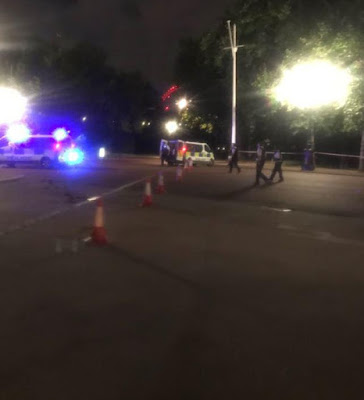