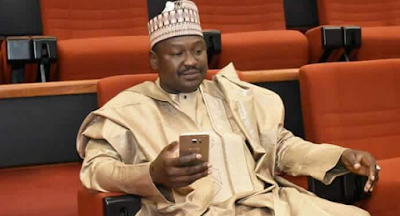 The Nigerian Police Force have said that Senator Isah Hamma Misau is wanted for being a deserter from the organisation and that he will be arrested for the crime and possible forgery of a retirement letter.

It was the twist in the financial allegation slammed against the Inspector General of Police, Ibrahim Idris by the Senator, who claimed that Idris diverted N10billion income made by the police.

The police responded by not only debunking the allegation, but also claiming that Senator Isah Mamman Misau deserted his post in Niger state seven years ago as a Deputy Superintendent.


According to the police, Misau still exists on the Nigeria Police Force Officers Staff List as AP. No 57300 DSP Mohammed Isa Hamman. His last posting was to Niger State Police Command on the 24 September, 2010.

The police said the retirement letter which the Senator showed journalists may have been forged.