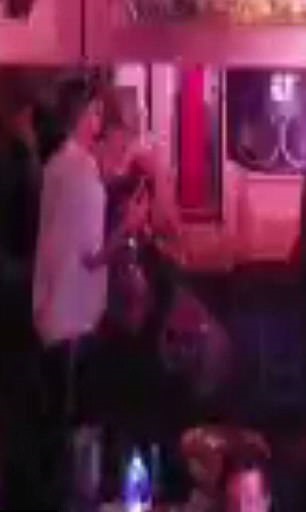 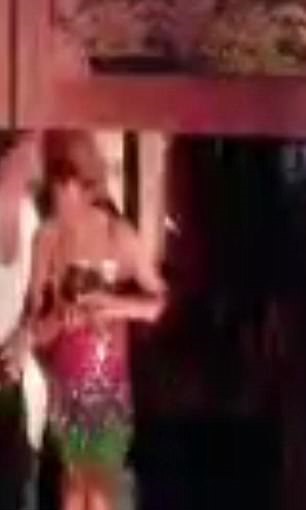 It's been a tumultuous few months for Mel B. But the party loving former Spice Girl - currently embroiled in a messy divorce from ex Stephen Belafonte - has always known how to let off steam.

Mel brushed off her troubles and was seen kissing a mystery man as she partied after the MTV VMAs in Los Angeles on Sunday night.

The tattooed hunk - a doppelganger for Belafonte - dressed in a white shirt, vest and baseball cap, is seen planting a kiss on the reality star's head.

In another close moment not caught on tape they kissed on the lips, said a party goer.


One party goer, who asked to remain anonymous, said: 'Mel B rolled into the club with the guy, Heidi and her man and was on a mission to let her hair down. The way he acted, it appeared he was her boyfriend, in the way they were all over each other.

'They were a tight knit group and Mel and her man clearly had a good rapport with them, which made me think they have been out before.

'The drinks were flowing, her man was drinking champagne. She appeared in a really great mood, dancing to some tunes in between flirting with the chap and resting her hands on him.

'He couldn't keep his hands off her; first he wrapped his arms around her waist. Later he planted a kiss on her forehead. Later on he kissed her on the lips. It was very intimate and appeared more than just a kiss at a club with a random stranger.

'Mel was very happy, and in between dancing and kissing, she smoked several cigarettes.

'At one point she was teasing Heidi about how much Vito loved her, and she was taking photos of them getting close.' What an aproko! 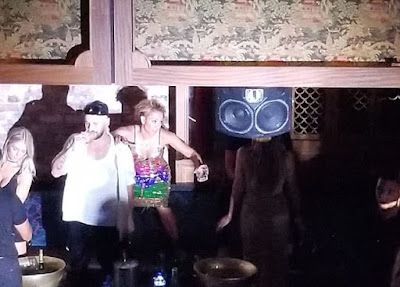 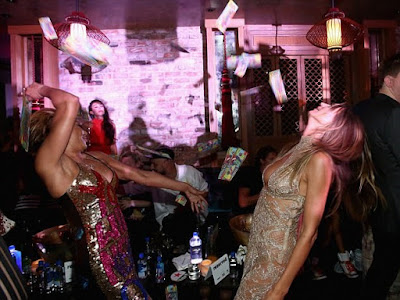 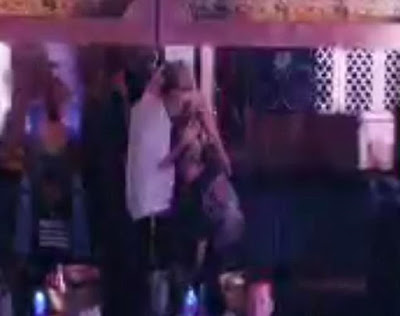