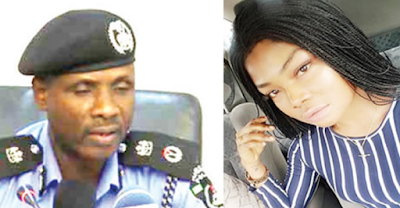 While Nigerians have continued to condemn the alleged torture of an undergraduate of the Federal Polytechnic, Nekede, Imo State, Chioma Pius, by some policemen attached to the Rivers State Police Command for having tattoo on her body, another victim of a similar attack has spoken up.

The victim, Dereck Triggs, a paint producer, told Punch Metro that prior to Pius’ ordeal, the car he was travelling in was stopped by the same set of policemen, who accused one of the occupants of wearing a tattoo.

He claimed that all occupants in the car, except his sister, was locked up in the cops’ mobile cell, adding that they were all released after payment of N20,000.


Punch Metro had reported that Pius was travelling from Bayelsa State to Port Harcourt, Rivers State, on Monday, when her car was stopped at Elebrada Junction, in the Emohua area of Rivers State.

The policemen were alleged to have accused her of having tattoos on her body and battered her with a gun and punches, among others.

She was released after the intervention of policemen from another checkpoint along the road.

Triggs, who narrated his experience to our correspondent on Thursday after reading about Pius’ ordeal, said he and his siblings were attacked at the same junction on Wednesday, August 16, 2017.

He said, “There were four of us in the car, including my siblings and a friend. We were coming from Benin and heading to Port Harcourt, where we work. Everything was fine until we got to the police checkpoint close to the Emohua council area around 12.04am. The policemen were about six in number.

“They asked to see the vehicle documents, which were released to them. The policemen, however, observed that the temporary driving licence of my brother, who drove the car, had expired. He told them that he had yet to get the permanent one.

“They asked us to park, after which they searched the car. When they didn’t find anything, one of them noticed my friend had a tattoo on one of his hands and they said we were all kidnappers and robbers.”

Triggs said he expressed reservation over the comment, which angered the policemen who punched and handcuffed him.

He said the officers also handcuffed another sibling of his, but held his sister in custody.

“My elder brother drove away in the car to seek help from some policemen at another checkpoint. He told them what was happening and asked for their help. They asked him to drive back and settle with the cops.

“When he drove back, the policemen handcuffed him as well and threw him into their mobile cell, where they had already kept me, my younger brother and the friend who had the tattoo,” he added.

Punch Metro learnt that the policemen, after holding the siblings and friend for some time, asked the man with the tattoo, what he could offer them.

The man was said to have offered N20,000, which they accepted.

“He asked them to allow him drive the car to where he could withdraw, but they refused, saying he should take a cab.

“They stopped a cab driver, and after searching the cab, asked the man to settle them. He gave them some money. They then asked him to take my friend to where he could withdraw money for them.

“He didn’t see any ATM point until he got to Choba. He spent about one hour to get back and pay them. I got the number plate of their van, NPF 4982C AKU PH.  They handcuffed us, seized our phones, and humiliated us over nothing. We didn’t commit any crime,” he added.

Triggs said after the incident, he contacted the Police Public Complaint Rapid Response Unit, adding that more than two weeks afterwards, he had yet to get any feedback.

The Rivers State Police Public Relations Officer, Omoni Nnmadi, said he was not aware of Triggs’ case, urging him to identify the cops.

He, however, said the command had started investigation into Pius’ alleged torture.

“We have started investigation to know what truly transpired. All the parties involved have been invited and we will get to the root of the case,” he said.

The Head of the Police Public Complaint Rapid Response Unit, Abuja, Abayomi Sogunle, also said Pius’ alleged torture  was being treated, promising to disclose findings of the police at the end of investigations.