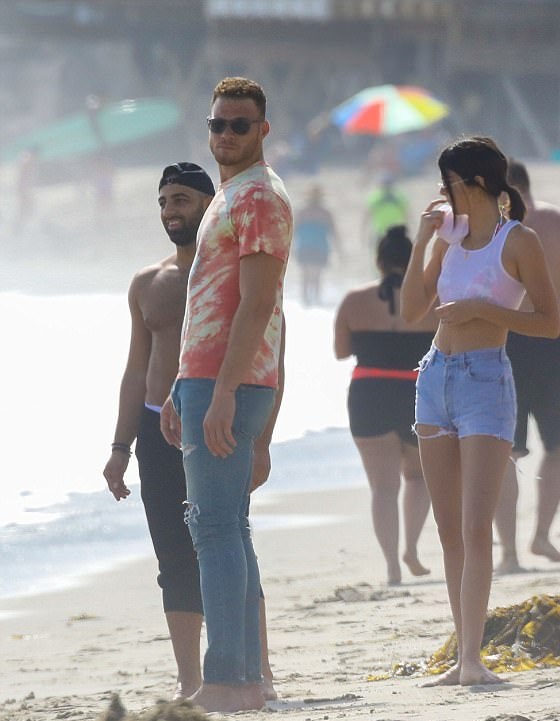 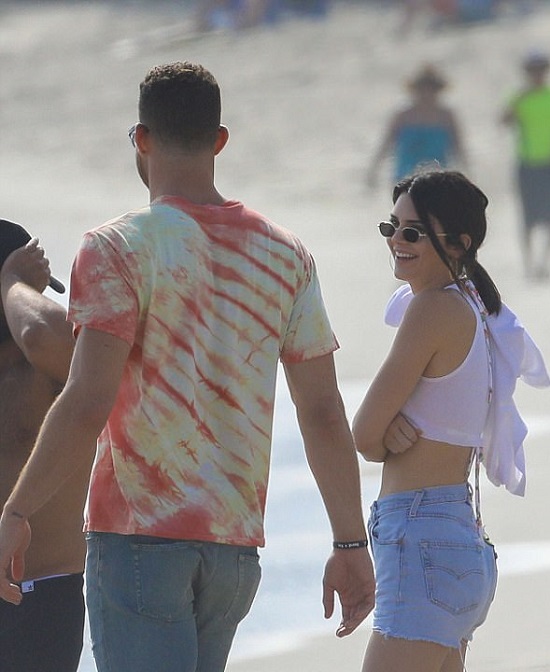 It's the fifth day in a row she's been photographed with Blake Griffin. And 21-year-old reality star Kendall Jenner showed off her supermodel figure when on a Los Angeles beach with him and some pals this Sunday.

Kendall had slid into a white crop top that flashed her enviably flat midriff, playing up her knockout legs in a pair of high-waisted denim shorts with frayed hems.


The pair of them had been photographed together outside Nobu Malibu on Saturday night, as well as outside the Soho Beach House in Malibu during the day on Friday.

People have quoted an insider who's claimed to them that Kendall is 'seeing Blake romantically,' but who's added: 'It’s nothing serious.

She has been in L.A. a lot lately, and is having fun.' Quoth the source: 'Work will soon take over her life again, so who knows what will happen with Blake then. She is having fun right now and that’s all that matters to her.

She takes her career very seriously and that’s her number one priority right now.'

Though there's been dating speculation vis-à-vis Kendall and 28-year-old A$AP Rocky, People ran a report online this Thursday in which their source gossiped: 'Kendall is keeping her options open. She’s still dating A$AP Rocky as well, but she and Blake are hanging out, and there’s potential there.' 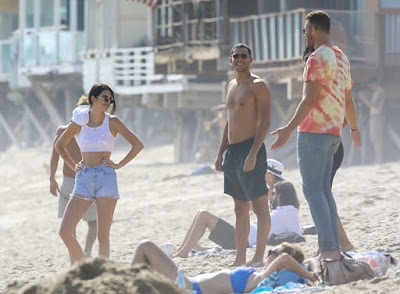