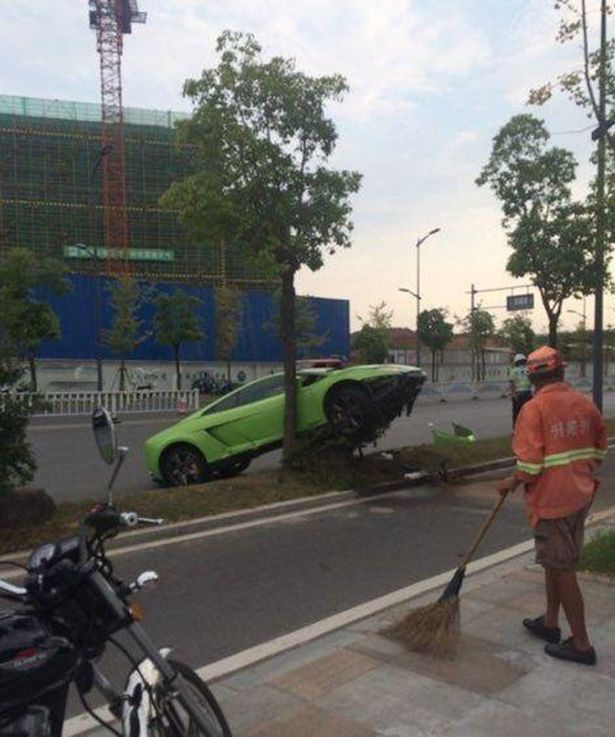 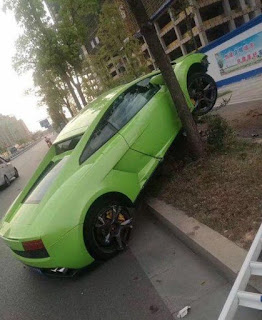 A drunk man who tried to impress a woman he met at a bar raced after her in a rented Lamborghini - but then crashed into a tree.

In a bid to win over the woman, the driver chased her in the Lamborghini and tried to impress by overtaking her on the street, she told police.

Traffic camera footage shows the Lamborghini Gallardo, rented for £648 per day, swerving right and then left on a highway.

The driver then veers into the other lane, losing control, before slamming into a tree.


The 22-year-old driver, whose surnamed is Teng, was found guilty of drink-driving and has been detained for further questioning in Jinhua City, China.

To add salt to the wounds, the woman then drove by the crash site and recorded a video mocking the man trying to win her affection.

But then she was also arrested for driving without a licence.