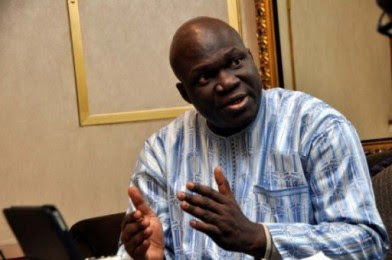 Religion was not quite a major divisive issue in the community in which we lived in the Old Cross River State in my days as a student there. On Sundays, students felt free to attend church service either within the campus or outside. I do not recall any major religious upheaval in the largely Christian community that the old Cross River was.


So much has changed between then and now. The return to civilian rule has worsened the political exploitation of religion in Nigeria, and the old Cross River is not exempted. The politicians who took over from the soldiers after Nigeria’s second independence in 1999, have made it all the more tragic, as the lines between religion and politics have become blurred. No part of the country is exempted and many of our clerics are no better than government agents and spokespersons.

This is sad because Nigeria’s second independence was a long battle that was won with the support of the religious establishment. With the annulment of the June 12, 1993 Presidential election, many clerics became pro-democracy activists. These clerics found the courage to turn the pulpit and the prayer ground into platforms for opposing military despotism. The Nigerian church became the church of the poor, defending the people against their tormentors. Many religious leaders saw the need to speak the truth to power and they did.  But in the last 18 years, one of the most grievous outcomes of our democratic experience has been the manner in which religious platforms have become vehicles for opportunism, alimentary politics and sickening hypocrisy. The consequence could be as bizarre as the Boko Haram posing a threat to national sovereignty, and as treacherous as the clerics becoming government consultants and the churches no better than government parastatals.

I find the most pernicious devaluation of religion in this manner in the Old Cross River State, especially the part of it now known as Akwa Ibom State. Akwa Ibom is predominantly Christian and animist, with Christianity as the popularly advertised face of religion in the state. For some reason in that state, the churches and the state have closed ranks in the last 18 years to the clear disadvantage of the people.  Churches in Akwa Ibom operate more like government parastatals. Our investigation reveals that the best title for anyone to bear in any government establishment in the state is Elder, or Apostle, or Evangelist, Supreme Leader, Pastor, Deacon…that is - it is increasingly the norm for government officials to identify with a particular church and to use their  position to mobilize religious support for the government of the day. The state government also does not joke with the churches. It is a vicious and cynical mind-control game going on yonder. Akwa Ibom pastors and religious leaders have learnt to defer to the state government and they are well-patronized in return for their loyalty.

Our investigation, inspired by a recent scandalous incident, further shows that we are not generalizing when we say that in Akwa Ibom state, the biggest business is church business and sycophancy.  The church in that state is distancing itself from the poor and lending itself to the state as an instrument. In some of the churches, sermons are delivered and dedicated specially to the state Governor. When pastors begin to behave like praise-singers, the Church would need to take a second look at its men. The Christian Association of Nigeria (CAN) may soon find the need to intervene in Akwa Ibom state to remind the Pastors that their job is to provide leadership and succor for the people, and not to serve as an extension of the state government secretariat. In other states where the clerics have become partisan politicians, and I am sure if the Christian body looks closely enough, it will find other examples, there should be an internal crusade to rescue the Church and sanction erring pastors.

I am using Akwa Ibom as an example because of the aforementioned recent incident: In August, Inibehe Effiong was suspended from the African Church, St. Paul’s Parish, Uyo Central Diocese, Eket, along with other members of the church who participated in a protest in Uyo against the plan by the state Governor to build a second Governor’s lodge in Lagos.  In  a letter titled “Suspension of Bar. Inibehe Effiong and other protesters of government policies” signed and dated 16th August 2017, one Rev. Richard Peter, “Chairman in Council,” as he describes himself, ex-communicated Inibehe Effiong and other Christians from the African Church.

He says: “We write with total dissatisfaction over the ugly incident of protest carried out by Barr. Inibehe Effiong and other indigenes of Akwa Ibom State of which majority are Christians.”  Richard Peter may not be a lawyer, and he doesn’t have to be one, he only needs to be intelligent enough to know that the right to protest, differ, associate or express one’s opinions, is a constitutional right, and that there is nothing dissatisfactory in  a group of citizens whatever be their religious affiliation, expressing an opinion about government.

But he adds: “No sane individual can wake up and start protesting against the Government of Akwa Ibom State, owing to the fact that Akwa Ibom State is one of the Economy recovery/Investment Centre (sic) Globally.”  Richard Peter is obviously bored with his job as a cleric.  He should be advised to pull off his cassock and join the Akwa Ibom State Ministry of Information.

Hear him: “Our Governor deserves respect, appreciation and maximum support, instead some evil minded/demonic sponsored persons disguise themselves in the name of protest to destroy the hard earned reputation/achievement of His Excellency the Governor. The relocation of Akwa Ibom State Governor’s Lodge at Lagos is not only timely but is also what the entire citizens are yearning for and our Dear Governor hearkened to the yearnings of his people. We commend the amiable Governor for his efforts so far in making our dear state the desire of many and we endorse him for 2019 and beyond.”

On the basis of this gibberish, Richard Peter urges the Christian Association of Nigeria (CAN) to set up a panel to investigate all the Christians who took part in the protest and suspend them, write to the law enforcement agencies and ask for the arrest of the protesters (Je-su-s Chri-st!), direct Inibehe Effiong and co to apologise to the Governor/Government of Akwa Ibom state, and that the pastors of the said protesters be suspended if they fail to “educate them on the dangers of standing against the “Divine Rule”.  Please, in what way is the Udom Emmanuel government divine?

Richard Peter further accuses Inibehe Effiong of “fraudulent activities” and concludes: “We urge all Akwa Ibom sons and daughters to DAKKADA and resist any attempt to bring down peace, progress and development in our loving state”. DAKKADA is a campaign slogan of the Udom Emmanuel administration in Akwa Ibom state, and obviously Reverend Richard Peter is already positioning himself as a campaign manager for the Governor’s second term ambition.

Inibehe Effiong whose interventions in the public arena are usually informed, incisive and learned should sue Rev. Peter for his malicious and defamatory allegations. The only problem is that this Rev. Peter is not alone. He speaks the mind of a growing crowd of pastors in Akwa Ibom and elsewhere, and draws attention to the crisis within the Christian body in Nigeria. The church in Nigeria must beware of the creeping triumphalism of the politics of stomach infrastructure in the House of God. What else could ever motivate a man of the cloth to refer to a Governor’s rule as “Divine Rule”?  This Peter, like the Biblical Peter, obviously denied his calling, the moment the cock crowed.

In an unsigned letter, the Management of the African Church, St. Paul’s Parish Eket, purportedly dismissed the letter by Richard Peter and promised to set up a disciplinary and investigative panel. Three weeks later, we have not heard anything. Peter is Chairman in Council of the same church management that is pretending to investigate him. I think the disclaimer is ineffectual and is probably of no consequence. The African Church Incorporated and the Christian Association of Nigeria to which the Rev. Peter letter was addressed should respond to the incident and publicly state their position.  Rev. Peter wants CAN not only to ex-communicate Effiong but also Christians of other faiths who may have queried Udom Emmanuel’s “divine mandate” in Akwa Ibom State.  He is wrong. It is a stinging shame that a Reverend of the African Church, founded in 1901 as a protest movement, with the motto: “heaven’s light our guide” and a Reverend Richard Peter, whose two names speak to courage and strength, is now the one championing the politics of cowardice and acquiescence in Akwa Ibom state.

The decision by the Akwa Ibom State Government to build a new Governor’s Lodge in Lagos, worth N9. 1 billion or N2.1 billion, in order to have a befitting, presentational house for receiving foreign investors and diplomats at the country’s commercial capital is of course wrong-headed and even if it can be justified, the public has a right to comment on it. Akwa Ibom has a liaison office in Lagos and other buildings.  Why not renovate one of those buildings? And why erect a special edifice in Lagos for meetings with foreign dignitaries when the embassies have their main offices in Abuja? If the Akwa Ibom state Governor needs to meet with investors, why should he meet them in Lagos? Akwa Ibom state has an airport and dignified places where important meetings can also be held. Is it not better to take potential investors to Akwa Ibom instead of giving them a treat in Lagos?

The problem with many of the Governors across Nigeria is the Lagos syndrome. They have lived in Lagos and worked all their lives in Lagos; when they go back home to become Governors or whatever, Lagos never leaves their system. They recruit their closest aides from Lagos, take Lagos ideas to the hinterland, and struggle to connect the future of their states to Lagos. In the process they create contradictions. It is a fact for example that many Akwa Ibomites want the headquarters of Mobil, a major oil and gas explorer in their state, relocated from Lagos to Eket. Why should Mobil go to Eket, if as Reverend Peter and the Udom Emmanuel administration tell us, Lagos is a better meeting venue than either Uyo or Eket? Since Lagos has become the front desk for Akwa Ibom state, all international companies doing business in Akwa Ibom should also have their front desks in Lagos.