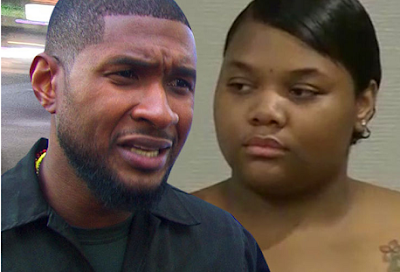 Usher just fired back at the two women and a man who claimed he exposed them to genital herpes and he says it's all Bullsh*t.

Usher's legal team just filed a response to the California herpes lawsuit. He denies everything, specifically, their claims he had sexual contact with them, and the claim he exposed them to herpes.

One of the women, Quantasia Sharpton, said in a news conference with her lawyer, Lisa Bloom﻿, she did not contract herpes when she allegedly had sex with him after celebrating her 19th birthday at an Usher concert, but she claims he exposed her to the STD.


Usher, through his lawyers Laura Wasser and Zia Modabber, also raises an interesting argument- the 3 plaintiffs can't win because they have "unclean hands." That means he's alleging they did something wrong, although he's not specific.

And there's this, Usher claims the 2 women and the man don't have a legal claim because anything Usher might have done was unintentional. The intimation- if he had herpes, he didn't know it at the time.

And finally he says if he did have sex with them they "assumed the risk" again, the intimation is that they assume the risk of contracting an STD.