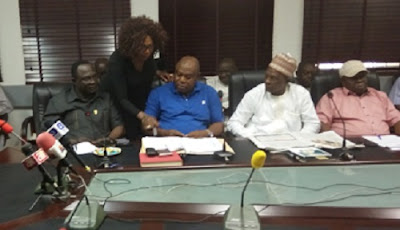 Full activities may soon resume in Nigerian universities across the country as the non-teaching staff currently on strike have accepted the Federal Government’s proposal aimed at addressing their grievances.

Premium Times learnt however that the striking unions have asked for ‘some time to consult before finally returning to the duty posts.’


The National President of the Joint Action Committee of the unions, Samson Ugwoke, spoke after the second open negotiation meeting with representatives of the government.

The second conciliatory meeting which started about 4:30 p.m. on Wednesday and ended at 12:20 a.m. on Thursday is part of the steps taken by both teams to resolve issues involved in the ongoing nationwide strike.

”A three-page agreement was signed and endorsed by all of us,” Mr. Ugwoke said.

“We are taking our (own) document and we will make our pronouncement soon,” he said.