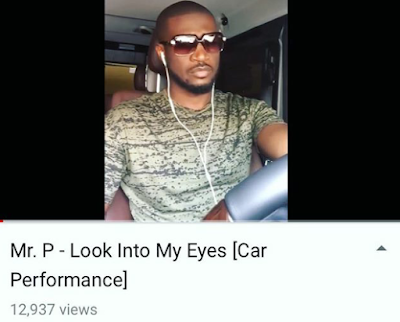 Following a fresh rift between Peter Okoye and his brother Paul Okoye, Peter is back promoting his new song and gone back to his solo name- Mr P. The name he fondly calls himself, whenever they breakup. Peter than took to social media and told his fans to subscribe to his own Vevo channel, saying he has had it for sometime  now, but it's time for them to subscribe to it.