Some Nigerians Being Used As Terrorists In Libya – Shehu Sani 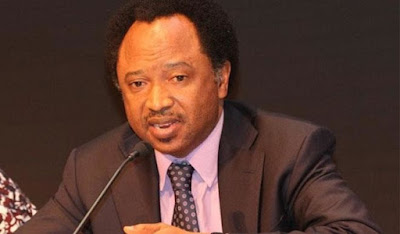 A senator from Kaduna State and Vice Chairman, Senate Committee on Foreign Affairs, Shehu Sani, has decried the spate of human trafficking in the country, saying some Nigerians were being used for terrorist activities in Libya.

Sani said this in Abuja during a visit to the Director General of the National Agency for the Prohibition of Trafficking in Persons, Julie Okah-Donli.

The senator, who is also the Chairman, Senate Committee on Foreign and Local Debt, said the fight against human trafficking in Nigeria deserved the same attention given to the fight against corruption and insurgency.


According to a release by the NAPTIP Head, Press and Public Relations, Josiah Emerole, on Sunday, the senator said human trafficking had become a great threat to national security and undermined Nigeria’s sovereignty.

Sani said, “Nigerian youths are being trafficked to Italy en route Niger Republic and Libya to Europe and so on. Some of them stop over in Libya, where they are engaged in terrorist activities, while those trafficked to Italy are involved in sex slavery. Each time, a tragedy occurs from human trafficking, it affects everyone of us.

“This is because if an individual that is trafficked to Libya joins the ISIS or Al-Qaida group, such individuals may come back to the country after the training, to perpetuate evil. This is dangerous.

“It is shameful that after 300 years of the abolition of slavery internationally, Africans are still dying in the sea in the name of human trafficking. It is also worrisome that unlike times past when Africans were forced to get on the boat, nobody presently forces us to get on the ship. Almost six decades of our political independence, we are still talking about trafficking.”

The NAPTIP DG, Okah-Donli, said despite the “insufficient funds” allocated to the agency, a lot of awareness creation and prosecution was being done on trafficking.

“The envelope system of funding for NAPTIP will never be enough because we deal with a crime with international dimension and huge implications for the country. The situation is so bad that my officers and men sometimes contribute money to take care of the victims of trafficking in our shelters,” Okah-Donli added.