7 Arrested In Egypt After Raising Rainbow Flag At Concert 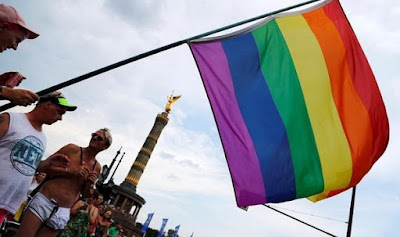 Egyptian police have arrested seven people after they were allegedly seen raising rainbow flags at a concert in Cairo , security sources say.

The seven were reportedly detained on Monday for "promoting sexual deviancy", but have not yet been formally charged.

Prosecutors opened an investigation after images from the concert by the Lebanese band Mashrou' Leila - whose lead singer is openly gay - went viral.

Homosexuality is not explicitly criminalised under Egyptian law. But the authorities routinely arrest people suspected of engaging in consensual homosexual conduct on charges of "debauchery", "immorality" or "blasphemy".

The raising of the rainbow flag was a rare public show of support for the LGBT community in the conservative Muslim country.