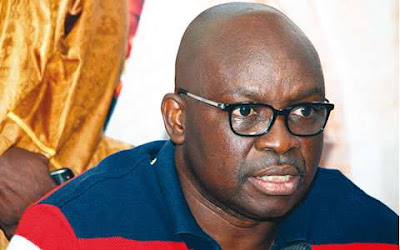 The Nigeria Labour Congress in Ekiti State has disagreed with Governor Ayodele Fayose that workers in are owed only four months’ salaries. The State Chairman of the NLC, Ade Adesanmi, said state workers were owed about eight months’ salaries.

Fayose had, while appearing on a television station interview programme in Lagos on Thursday, claimed that workers were owed just four months’ salaries.

Reacting to the claim on Saturday, Adesanmi said different categories of workers in Ekiti were owed between five and eight months’ salaries.