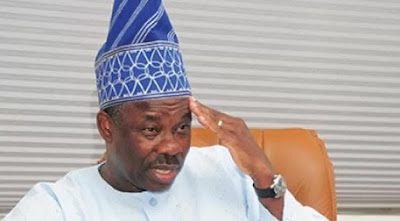 The Ogun State Government has removed the Rector of Moshood Abiola Polytechnic, Abeokuta, Oladele Itiola, and ordered him to proceed on terminal leave with immediate effect.

The sack of the rector was announced shortly after the National Association of Nigerian Students, NANS, Ogun State Joint Campus Committee embarked on a protest against alleged nonchalant attitude of the state government to the education sector.

The Secretary to State Government, Taiwo Adeoluwa, in a statement made available to journalists, however, said the removal of the rector was part of the general transition programme involving the
Polytechnic and Moshood Abiola University of Science and Technology.

The statement announced the appointment of Ayodeji Tella as the Acting Rector of the polytechnic with immediate effect.