Dr Dre Paid To Have Me KILLED, Suge Knight Claims 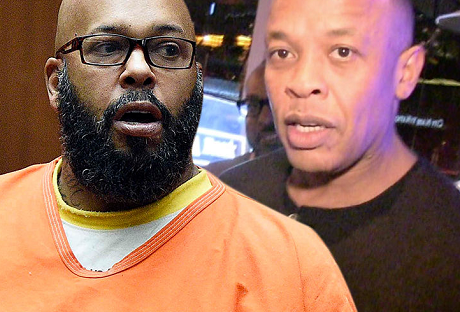 Suge Knight says Dr. Dre was the mastermind behind a plot to have him killed, paying $20k to have it done, but Dre says it's all BS.

In new legal docs, Suge claims in July 2016 he was shown a check made out for $20k by Dr. Dre to a man named Dwayne Johnson. Suge says this was blood money to have him killed the day he fatally ran over a man.

Suge says in legal docs in July, 2016, he met with a private investigator and Dwayne Johnson and, during the meeting, Johnson told both of them the $20k was partial payment for "Dwayne Johnson to participate in my murder."


Johnson was at the Tam's parking lot the day Suge ran over Terry Carter, killing him. For that he's on trial for murder.

The upshot of what Suge is arguing ... he had reason to fear for his life when he entered Tam's.