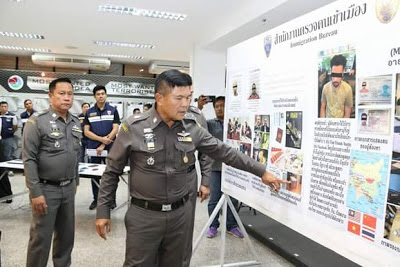 Two Nigerian nationals were arrested by The Immigration Bureau (IB) on Thursday, in Bangkok for allegedly running romance scams.

The suspects, Lawrence Osita Nwaenyi, 32, and Peter Stanley Chukwuebuka, 33, were arrested at a condominium in Prawet district.

According to IB acting commissioner Suthipong Wongpin, the duo allegedly used social media and chat programmes to trick unsuspecting women into wiring money to them.


If the women agreed to a chat, the suspects would make romantic overtures and express interest in investing in businesses with the victims.

In most cases, the IB acting commissioner said, the suspects told the victims they had gifts for them, sending them photoshopped pictures to make the scam look believable.

Other gang members would then call the victims, pretending to be either customs or embassy officials, to seek a fee for the delivery of gifts.

Many victims fell for the trick and wired money to the suspects' accounts.

The gang ceased contact with victims who became suspicious and would move on to find other people to hoodwink online.

Pol Lt Gen Suthipong said the two Nigerians spent most of their day working on the computer in their rented condo.

Police raided the room and caught the men red-handed as they were communicating with their victims, using chatting apps.

Police have charged Mr Osita with staying illegally in the kingdom and Mr Chukwuebuka with overstaying his visa.

They are reviewing evidence gathered from the condo to identify the victims, who will be interviewed later. 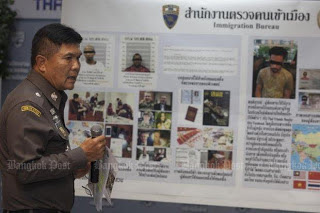 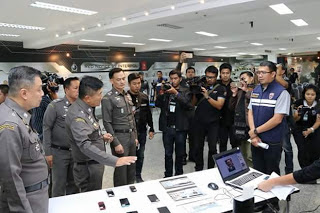