People Now Travelling To Serbia For S3x With Animals 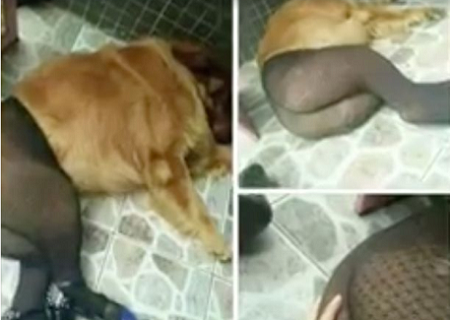 Tourists are now travelling to Serbia for sex at 'animal brothels', it has been claimed.

The capital Belgrade is said to be a hotspot for 'zoophiles' who enjoy sex with animals such as goats, sheep, donkeys, dogs, cats, geese and cows.

The eastern European city can be reached via a direct flight from London, but an animal rights group claims most groups come via organised 'bus tours'.


An investigation into the horrifying trend was broadcast by TV channel RTL recently.

It included an image of a dog apparently wearing fish-net suspenders and high heels.

He said: "We have information about a club, which is actually an apartment, where all this happens.

"We are currently waiting for the location to be confirmed so we can report all to the police."
The highest number of animal sex tourists come from Germany, Holland, Sweden and Great Britain, Bihal's group claims.

There are thought to be a number of specialised estates and stables in the countryside catering to their depraved tastes.

Farmers who run the 'brothels' don't see anything wrong with the setup, according to Leviathan.