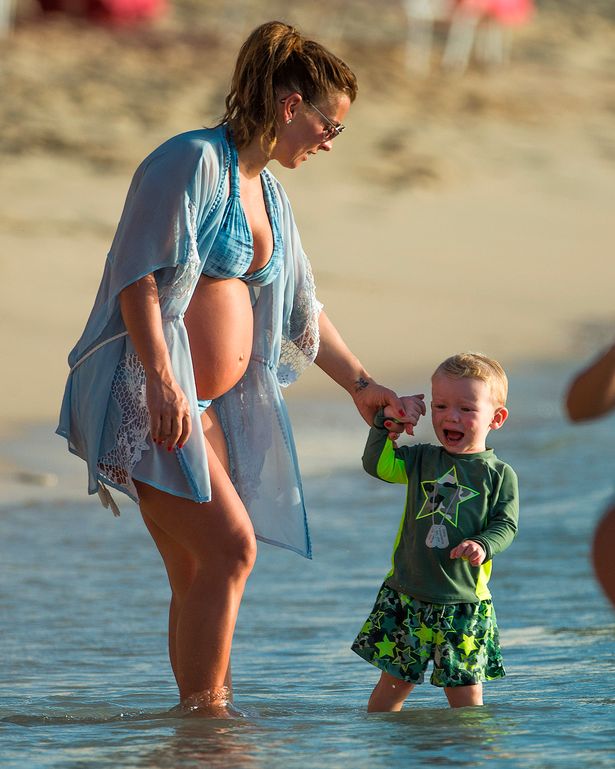 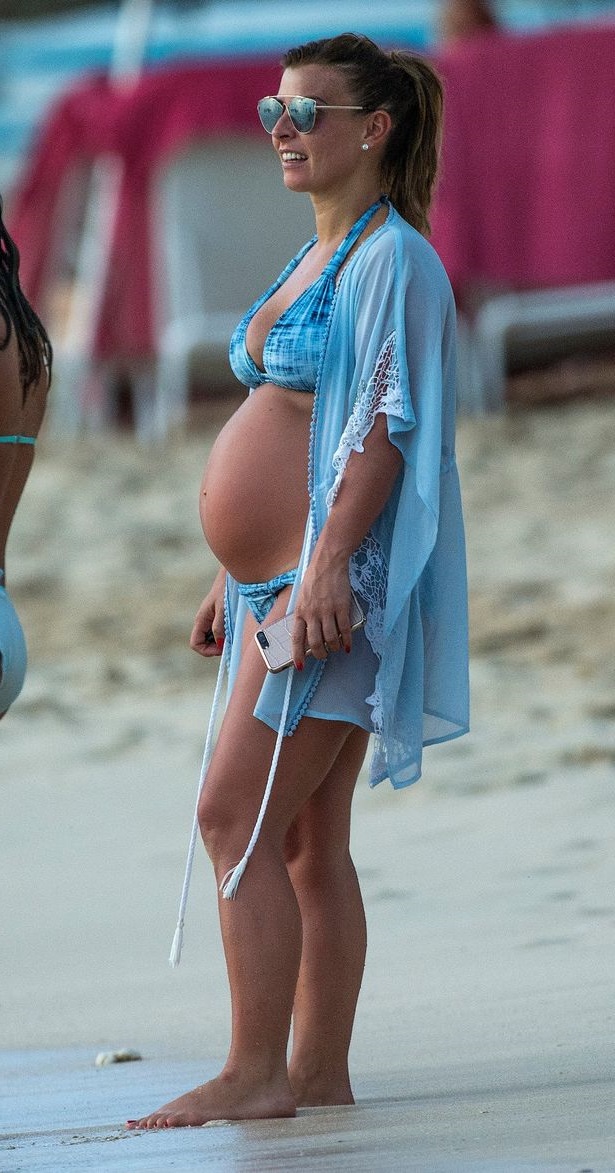 She is still Dealing With Him! Pregnant Coleen Rooney has been spotted sunning herself in Barbados,while her hubby celebrates his 32nd birthday alone.

The WAG flew off on holiday with their three sons Kai, seven, Klay, four, and Kit, one, earlier this week, leaving her disgraced footballer hubby to fend for himself following his drink drive scandal that rocked their marriage in September.

Meanwhile, his wife appeared tanned and relaxed as she played with their kids on the beach, showing off her growing bump in a blue bikini.

Her ring, however, was nowhere in sight, although she dropped a big hint last night that all is not lost as Wayne battles to save their marriage. Coleen is yet to publicly reveal whether she will forgive Wayne.