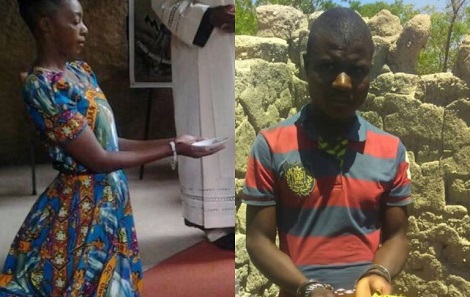 In a case of utmost savagery a catholic nun met her demise at a prayer shrine in Mutoko after a man pounced on her and proceeded to rape her before killing her.

Sister Plaxedes Kamundiya, who was an official at St Georges High School was found ,floating in a dam after days of searching for her.

According to sources, the now deceased visited the Mtoko Mother of Peace Community in an assessment tour in connection with a visit by mass server students from St Georges High School in Harare.

After interacting with the orphans and concluding her business for the day the now deceased decided to take a brief pilgrimage to the Glorious Cross of life which is a prayer shrine. She was escorted by a female community member to the area whom she told she needed brief time to say her prayers in solitude.


The informant took a siesta and then woke up later only to realize Sister Plaxedes’ car was still parked at the same spot where she had left her. This raised her alarm bells as the deceased had told her that she was going to pray for a brief while only.

After asking several people if they had seen Sister Plaxedes the now panicked woman decided to send a search party after her at the blue cross shrine. The search proved effortless, with the now accused having met with the group and made claims that the deceased had gone to Mushimbo after they had asked him her whereabouts.

The accused also made several claims, among them that Sister Plaxedes appeared not to be of a sound mind when he ‘bumped’ into her and she had gone on a sudden sojourn to Mushimbo.

It was during the second ordeal when they approached the accused who kept sticking to his statement from the previous day, they decided to search his belongings and found groceries which he claimed came from his sister in Murehwa. These groceries were the first link to Sister Plaxedes’s disappearance.
The search party then proceeded to Mutemwa dam where they were greeted by a ghastly sight of the deceased’s body floating on top of the water.

Her body showed signs of struggle including bruises and blisters and she was still bleeding from the nose.

The accused confessed to having killed Sister Plaxedes and hid her bloody clothes in a sack hidden at Chido Mudzinyama Farm.

He also confessed to dragging her body and tossing it in the dam in a bit to conceal the evidence. In true serial killer fashion, the accused retained the nun’s under garments in his suitcase back at home.

The accused confessed that he had used a heavy stone to hit the deceased who he appeared to have engaged in fierce struggle with, judging from the bruises all over her body.

The struggle is thought to have happened when he raped her before knocking her out. In a coldly calculated move, he hid her body under tree branches while he tried to get rid of the evidence shortly before dumping her body in the dam. 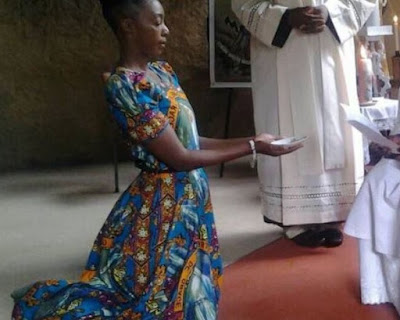