Son Kills Parents In Their Sleep In Abia State 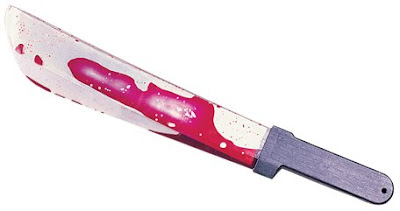 A teenager, who is said to suffer fits of mental breakdown, in Umuokiri Nvosi community in Isiala Ngwa South Local Government Area of Abia State, weekend, killed his parents in their sleep.

The victims, identified as Jonah and Gold Amanze, aged between 70 and 80, were said to have gone to bed Saturday night, when their son killed them with a machete.

A resident of the community told Vanguard that the mentally-ill teenager had been threatening people in the community. According to the resident, “the boy has been suffering from mental illness. He has been a terror to residents of this community.

“About two weeks ago, he inflicted machete cuts on a passer-by, who almost bled to death. Yesterday, we woke to the cries of neighbours that he had killed his father and mother at about midnight and fled.”