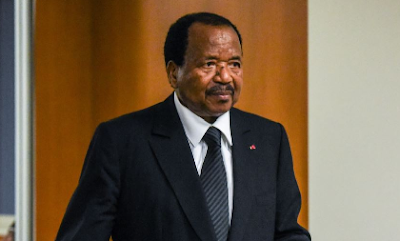 A military court in Cameroon sentenced an opposition leader on Monday to 25 years in prison, his lawyer and Amnesty International said and denounced the trial as politically motivated.

The court convicted Aboubakar Siddiki, the president of northern Cameroon's main opposition party, of hostility against the homeland as well as revolution and contempt of the president over accusations he plotted to destabilize the country.

“We are going to appeal this decision, which does not seem to us to be at all just,” Siddiki’s lawyer, Emmanuel Simh, told Reuters.

In a statement, Amnesty said the prosecution was part of a government campaign to stifle its critics.


The government denies the charges are political.

Dozens of people have been killed and hundreds arrested in a crackdown in recent months on protests in Cameroon’s English-speaking regions.

Residents there say they suffer social and economic marginalization in the predominantly Francophone country.

The protests have become a lightning rod for opposition to President Paul Biya’s 35-year rule.

Besides Siddiki, the court sentenced Abdoulaye Harissou, a well-known notary, to three years in prison for failure to denounce a crime. The court also dropped charges against three journalists arrested in connection with the same case.